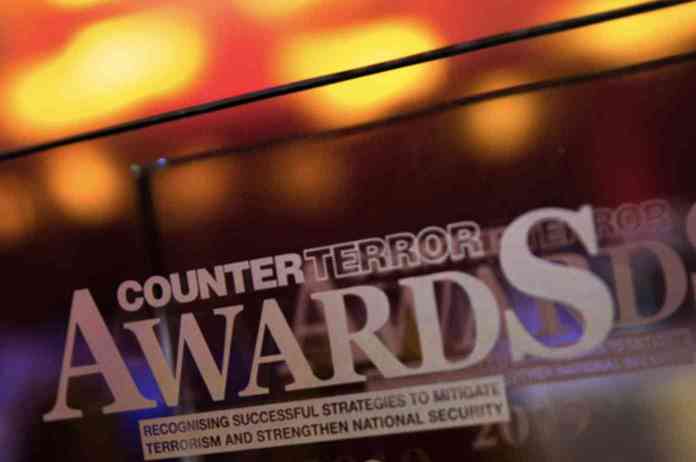 The Counter Terror Awards acknowledge excellence in the global fight against terrorism. Since 2018, organisations and individuals from the UK and overseas have been recognised across 20 categories for their contributions to reducing the threat of global terrorism.

This year, in a shorter category list, Counter Terror Business, organisers of the Awards, again looks to share appreciation and celebrate the people and organisations who are making the country and safer place to live. From communications and cyber security efforts, to policing on the front line and educating pupils against radicalisation, the shortlisted entries have been chosen for their actions in the 12-18 months, where the threat of terrorism has again grown.

Despite the threat level in the UK having been reduced to substantial in November 2019, meaning an attack is likely, and the recent coronavirus pandemic appearing to disrupt the actions of criminals somewhat, incidents have been witnessed across the country. In the same month that the terrorism threat level was downgraded to ‘Substantial’, London Bridge played scene to another incident when 28-year-old Usman Khan started attacking people with a knife and was then shot by police. A few months ago, Sudesh Amman stabbed people in Streatham a week after being released from prison after serving half of his sentence of three years and four months for terror offences.

The 2019 Global Terrorism Index revealed that deaths from terrorism have halved in the last four years, but the number of countries affected by terrorism continues to grow, and, in the UK, the Home Office has announced that funding for counter terrorism policing will grow to £906 million in 2020 to 2021 - highlighting the scale of problem and resources needed to ebb the terrorist flow.

In spite of the challenges, policies, practices and solutions are being created to counter the threat - something our shortlisted entries can all be proud of. So, with no further ado, we provide our 2020 Counter Terror Awards winners.

This Communications Award recognises communication systems and their potential to assist organisations in both threat detection and post-terrorism communication between governmental and emergency service organisations. In previous years, this award has recognised the use of Body Worn Video technology and real-time footage from UAVs, and this year will be won by one of three organisations.

The 2020 winner of the Communication Award is Counter Terrorism Policing and Pool Re. Alongside the Joint Security and Resilience Centre, Pool Re has been recognised for its efforts to provide businesses holistic access to timely and accurate information in the event of an attack, by using an interactive online platform to provide secure expert counter terrorism advice.

The £10 million project is being funded by Pool Re and led by Counter Terrorism Policing, in partnership with the Joint Security and Resilience Centre, part of the Home Office. The project remains in development stage. Fore more information, click here.

The Metropolitan Police and Counter Terrorism Policing’s ACT Awareness eLearning package were shortlisted for this award. 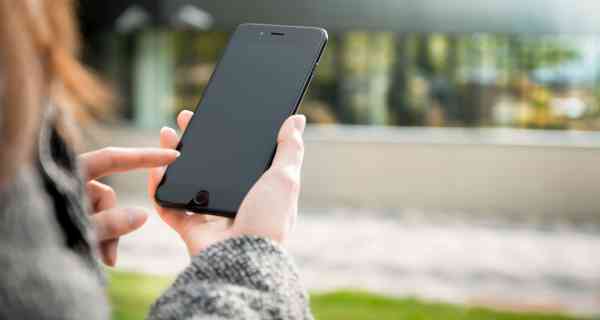 The Cyber Security Award is presented to an organisation which has developed effective technologies to protect against the threat of cyber terrorism.

The 2020 winner of the Cyber Security Award is the National Police Chiefs Council for their efforts to ensure that every police force in England and Wales have a dedicated cyber crime unit in place. Starting last year, police forces have been able to access £7 million worth of funding to build the cyber crime units - including recruiting specialist officers and staff to the units and investing in technology, equipment and training. Prior to the roll out of the force units by the National Police Chiefs Council, only 31 per cent of forces had a dedicated cyber capability. The move ensures that all forces will have specialist officers and staff in place to investigate cyber crime and ensure victims receive a consistent response and receive contact and prevention advice from police following a report.

The Cyber Threats Research Centre at Swansea University and the Counter Terrorism Internet Referral Unit were also shortlisted for the Cyber Security Award. 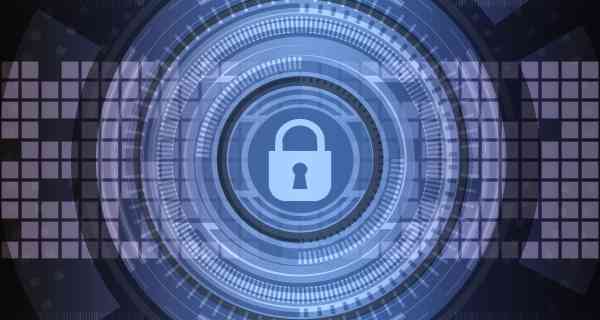 Merging two previous awards, the Counter Terrorism Project Award and the Education Project Award, this award will recognise a governmental organisation or public/private partnership which has developed and implemented an effective counter terrorism strategy or awareness campaign.

The 2020 winner of the Counter Terrorism Education Award is the PSHE Association. Recognised for its counter extremism training programme, aimed at providing teachers with the confidence and skills to address key extremism-related topics in the classroom to bring into PSHE lessons, the programme also helps equip pupils with better awareness and understanding of extremist behaviour. A bespoke evaluation survey, carried out by the Home Office’s Building a Stronger Britain Together programme, found that the training and supporting resources led to significantly increased levels of confidence and improved skills in covering extremism-related topics in the classroom among teacher participants. 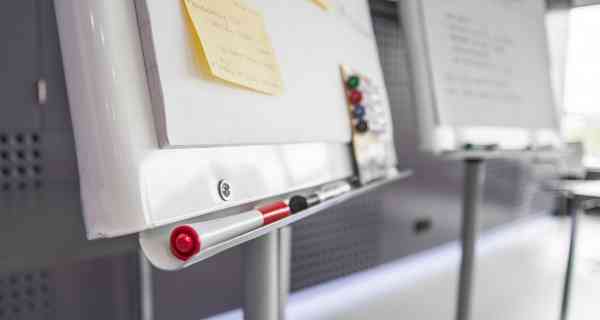 The work that the emergency services do to keep our nation safe often goes unrecognised. It is for that reason that categories like the Emergency Services Award are presented, acknowledging how the police, fire and ambulance services have implemented and tested a strategy to cope with terrorist attack.

The 2020 winner of the Emergency Services Award is the London Ambulance Service. On several occasions over the last few years, London Ambulance staff have attended some of the worst terrorism scenes this country has seen in the last few decades. Although some scrutiny was highlighted in the London Bridge attack inquest, the work that was achieved, and the speed in which it was carried out, is remarkable, especially give the array of confused information from hundreds of unverified reports. London has unfortunately fallen victim to numerous terrorist attacks in the last few years, and while the police have successfully prevented many, on the occasions that assailants have caused harm, London Ambulance Service have responded and performed exceptionally. 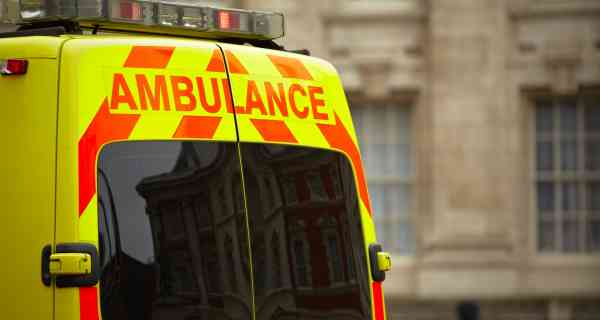 The Perimeter Security Award recognises an organisation, public or private, which has designed and/or installed physical security measures to protect buildings and individuals from terrorist attack.

The 2020 winner of the Perimeter Security Award is Manchester City Council, who earlier this year announced that it will act on proposals that will enshrine the principles of Martyn’s Law into future regulations to ensure the safety of all Manchester residents. A terrorist bomb attack at the Manchester Arena on 22 May 2017 claimed the lives of 22 people, and seriously injured dozens more. Martyn Hett was one of those who died. Since his death, Martyn’s mother Figen Murray has campaigned to have the government introduce legislation to improve security at all public venues, calling it ‘Martyn’s Law’. This is something that the Home Office has said it will do, although the current coronavirus pandemic has halted plans until later in the year.

Manchester City Council has confirmed that it will review the way in which it licences venues in order to ensure high safety standards are in place across the whole of the city. Initially this will have to be voluntary changes made by the owners of licensed premises. However, given the significance of the terror attack on Manchester, and the depth of feeling in the wake of the attack, the authority says that it hopes that the practices which underlie Martyn’s Law would be taken up with enthusiasm.

The shortlisted organisations in this award were KrowdThink, for The Krowd App, and Thames Water. 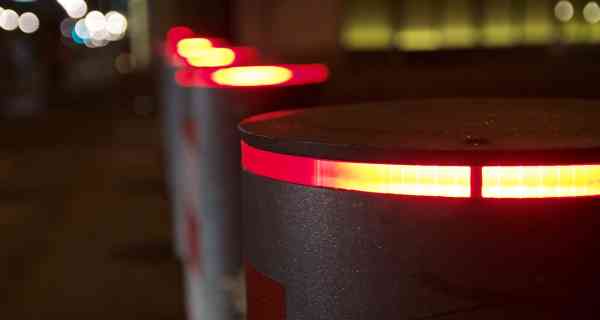 The Counter Terror Policing Award category recognises the efforts of the police sector in combatting domestic terrorism through prevention strategies and operational excellence.

The winner of the 2020 Policing Award is City of London Police. Under Project Servator, an initiative launched by the City of London Police in 2014, 37 per cent of stop and searches carried out in 2018/19 resulted in a positive outcome, such as weapons or illegal drugs being found or an arrest. This is compared to a national average positive outcome rate of 17 per cent across UK police forces in 2018/19.

The tactics involve the use of highly visible but unpredictable deployments of specially trained officers (both uniformed and plain clothed) in operations to disrupt would-be criminals and terrorists, whilst encouraging vigilance and acting as a deterrent. Its success also relies on the support of businesses and the wider community to create a network of vigilance.

Leicestershire Police and Counter Terrorism Policing were also shortlisted in this category, for Project Servator at East Midlands Airport and the ‘Summer Security’ initiative respectively. 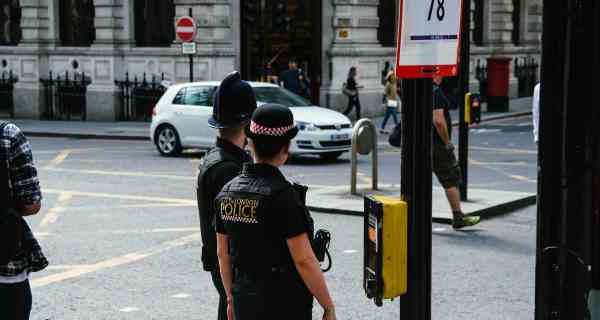 The winner of the 2020 Transport Security Award is Heathrow Airport. Europe’s busiest travel hub, Heathrow Airport deployed a ‘bespoke set of anti-drone systems’ last year, designed to block unmanned aerial vehicles from entering its airspace following a string of recent attempts. Designed by UK-based firm Operational Solutions, the system detects and tracks drones in surrounding airspace, with the ability to locate the drone pilot and show their location, using technology from several manufacturers. The airport has said the fast and accurate detention of drones would keep passengers and staff safe, and minimise delays.

The British Vehicle Rental & Leasing Association (BVRLA) was also shortlisted in this category along with Gatwick Airport. 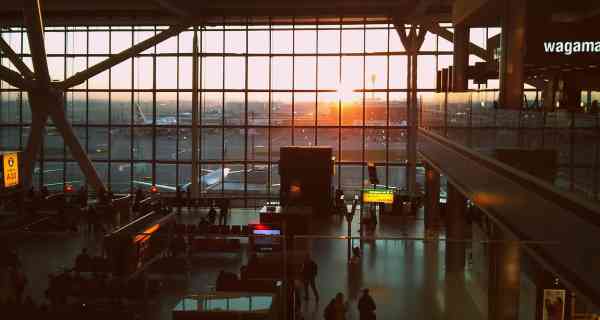 Recognising an organisation or individual from either the private or government sector whose contribution to worldwide anti-terrorism efforts has been outstanding, the Outstanding Contribution to Counter Terrorism Award is considered the stand-out category. In the inaugural Counter Terror Awards, Mark Rowley, then the Assistant Commissioner for the Metropolitan Police, was the recipient, and last year the award was split between public sector contribution, won by Chief Superintendent Keith Gilert, Senior Police Adviser at the Defence Science and Research Laboratory, and private sector contribution, won by SecuriGroup’s Allan Burnett.

The 2020 winner of the Outstanding Contribution Award is Figen Murray. The mother of Manchester Arena attack victim Martyn Hett, Figen has created a platform to speak to government ministers, local leader, business executives and security experts to explain the devastating personal consequences of the attack at the Arianna Grande concert - providing a heart-wrenching reminder why the Step Change Programme is so important. At the International Security Expo in December, Figen introduced Martyn’s Law in memory of her son and has grown into a vocal advocate for better security measures across the UK event venue scene. 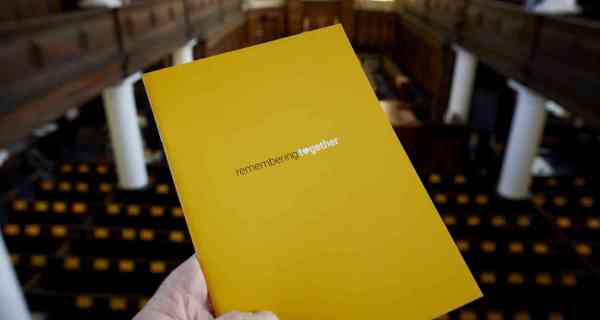