Mitigate the threat from shattered glass

According to Dr John Wyatt MBE MIMgt MIExpE PhD, the United Nation’s blast consultant for Europe and North Africa, the British Council’s Consultant worldwide and a Member of the London Olympic Group, glass is by far and away the most likely and dangerous element to fragment from blast. “A graphic illustration of this is that in each of the City of London bombs over 500 tons of glass was swept up from the streets,” Wyatt says. “Without a doubt reducing glass fragmentation reduces the number of casualties in a bomb incident. It’s worth remembering that being predominantly liquid, our bodies are remarkably resilient to blast. You would have to be very close to the explosion to be killed or seriously injured solely from blast effects. It is generally not the blast itself that injures or kills you, but being hit by fragmentation, either primary – the bomb casing itself – or secondary – where the blast has damaged objects such as window glass – that then becomes lethal.”

Weak material
To some extent it is obvious that glass is the biggest problem; it is the weakest material of a building structure and therefore the most vulnerable to breakage and shattering. When it fails, as a result of an explosion, it creates thousands of razor sharp shards driven at hundreds of miles per hour. In the light of this, most counter terrorism (CT) guidelines prioritise glass protection as the first measure to be taken when protecting a building against the threat of explosion and, in many cases, the protection is mandatory.

Extensive explosive effect studies have identified the blast risk to differing glazing constructions and analysed the available solutions, seeking to minimise the degree of shattering. These solutions take account of different thicknesses and types of blast resistant glazing, but of note is the significant degree of protection offered by security/blast mitigation film. Such film can significantly reduce the hazard created by flying glass and, additionally, is extremely cost-effective compared with other measures. Perhaps not surprisingly, therefore, it has become a very popular CT product. To put things in context; the greatest threat to the safety of the building occupants (from flying glass) can be reduced for less than the cost of a few security bollards!

Of course, for new construction – or substantial refurbishment projects – the correct glazing to suitably reduce the hazard should be installed and the involvement of Police Architectural Liaison Officers is invaluable in the approval process of planning applications, especially where the potential for vulnerability to attack has been identified.

Commonly available glass types and glazing systems can reduce the level of hazard greatly, but equally a thin single pane of float glass could be vulnerable to breakage up to 150 metres away from a small car bomb.

Current Home Office guidelines recommend specifying laminated glass with a minimum polyvinylbutryal (pvb) interlayer of 1.5mm, fitted within an adequately strong framing system. Where double glazing is used, the preferred standard is still a 7.5mm laminated glass inner pane with a 6mm toughened glass outer pane, framed with deep rebates. However, actual thickness and pane size to meet a specific classification must be confirmed by the laminated glass supplier.

Toughened glass may also resist high blast pressures without damage provided it is well supported in a strong and rigid frame. Yet, if the blast is sufficient and it does eventually break, driven fragments may cause huge damage, even though the glass breaks into supposedly safe chunks. Consequently, where toughened glass is installed, it should have an anti-shatter film applied and, because under these conditions glass retention within the frame is also potentially compromised, edge retention is crucial.

Of course, where either specification has been inadequate or where economic considerations have diluted the original intent, film is regularly used to enhance protection.

When you consider that of the total building stock expected by the year 2050, 85 per cent of it is already in existence, this means that most of the glazing also already exists. Whilst most old window systems generally do not afford a level of adequate hazard protection, improvements in glazing products over the last 20 years or so have gone some way to offer either compliant protection or to reduce the risk of the glazing creating a danger to the occupants.

Duty of care
Ideally all hazardous glazing should be protected, however, today’s commercial realities can impede the immediate and wholesale completion of the required upgrading works. Building owners must inevitably balance the statutory duty of care, available intelligence and CT advice against their budgetary constraints, but the issue cannot simply be ignored and a process of highlighting the most at-risk glazing is therefore required.

The first stage of the protection process involves completing a glazing audit to establish the current level of protection or hazard offered by the glazing, measured against the likely potential threat. As it is impossible to visually identify the multitude of glazing configurations, these surveys should be completed using electrical testing equipment that analyses the glass. This enables the glazing that already affords compliant or adequate protection to be omitted from the recommendations and identifies the glazing that is judged to be hazardous.

The assessment should also take account of factors such as internal safe areas and protected evacuation routes, or change of use. For example, simply changing airport terminal buildings associated with certain flights may alter radically the threat level to the surrounding buildings and services. In the same way, the 2012 Olympics will place higher CT requirements on particular areas, since with such a predicted influx of tourists and attendees there is likely to be a plethora of newly created ‘crowded places’.

A competent glazing assessment report prioritises the remedial actions, based on many factors such as the occupancy of the area and the risk of the glazing creating a hazard. Where finances are limited this enables the protection process to be started, the risk in the highest priority areas to be reduced and the project not simply being shelved because it is deemed too expensive.

Mark Towner, government contracts manager for Durable Ltd., comments: “We have held security window film contracts with the UK Government for the past 20 years and they have been the largest user of the product because of the protection it offers for relatively low cost. What we have noticed in the last few years, however, is a change in how the protection of glazing is being viewed. Whereas 15 years ago all non-compliant glazing had a film applied regardless of location or occupancy, there is now a desire to risk assess this protection.”

Blast mitigation film is a passive contributor to safety. It is unobtrusive, but should not be taken for granted. Whilst modern films generally carry a ten-year warranty, our recommendation is that any building with film fitted eight or more years ago should be checked to establish whether it still provides an adequate level of protection. The correct specification of film to glass is the start point. Standard polyester film, such as 3M™ Safety & Security Films Safety S70 (175 micron) is the minimum Home Office recommendation, with more robust film applied to larger panes.

The unique ability of the premium grade 3M™ Ultra Films to resist blast pressure lies in their patented multi-layered construction and their increased ability to absorb energy is due to a considerably higher stretch factor than standard polyester constructions. It is this combination of tensile strength, elongation, break strength and anti-tear/puncture propagation that makes 3M Ultra Films the ultimate blast mitigation product. Remember, air-blast is not the only consideration; debris will inevitably be driven on the blast wave. It is also worth pointing out that it is easier, quicker and more cost effective to clean up glass held together by the film in the event of an incident.

According to newly revised Glass & Glazing Federation guidelines, the use of a certified edge retention system may be used to mechanically affix films to the frame, such that the protection is enhanced and the hazard level minimised. This is especially true where broken glass may otherwise be propelled out of the framing structure. The combination of both the film and edge retention system should carry the relevant levels of certification for use in blast protection.

As world leaders in the manufacture of window films, including blast mitigation film, 3M’s experience goes back to the 1960’s when the company developed products to meet the terrorist threat in Northern Ireland.

Enhanced protection
3M works alongside independent, specialised installation partners to provide the most effective enhanced protection to glazing. My role, as national sales executive responsible for 3M Window Film business in the UK, necessitates close liaison between our partners, involved CTSA’s and those responsible for the technical delivery of the product to the client. Given the significance of the forthcoming London Olympics, I anticipate that our involvement will escalate rapidly over the coming months.

Many embassies and overseas missions also rely on 3M Safety & Security films. That sector of 3M’s business is managed by my colleague Dave Cox, who currently holds the presidency of the European Window Film Association.

Finally, it is worth pointing out that where the security budget is squeezed, combined solar/blast protection films may realise energy savings with a potentially short payback with the added benefit of making buildings more comfortable to work in during hot weather. Thus, much of the total security cost can be borne from a shared purse and carbon footprint targets can also be addressed. 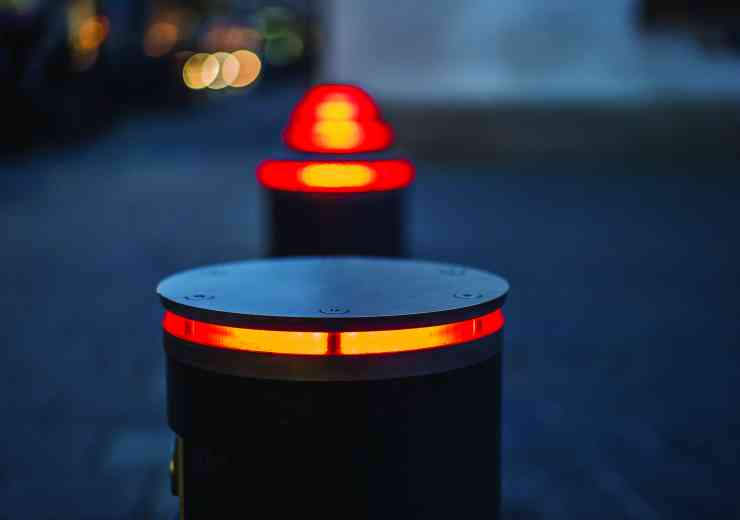 Designing out terrorism: a proportionate response