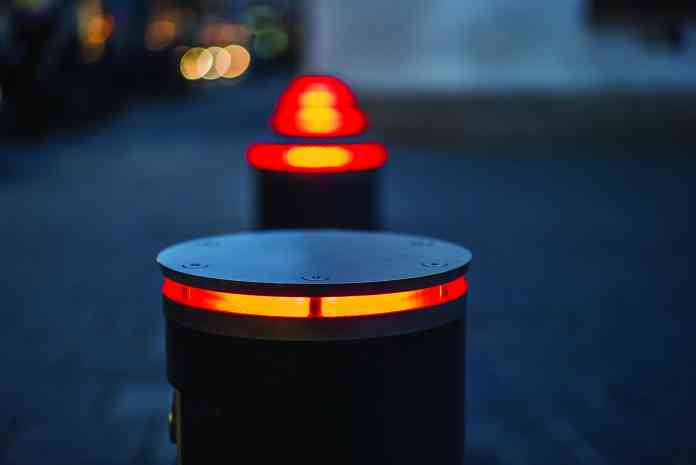 Designing out terrorism: a proportionate response

Having presented at December’s UK Security Expo, Jon Coaffee, professor in the Resilient Cities Lab at the University of Warwick, addresses the impact of terrorism and other security concerns on the design of urban areas

Much has changed since the deployment of militarised forms of urban design in the wake of 9/11. Terrorist attacks have become more sophisticated, employing tactics and targeting locations which negate these traditional deterrents. The challenge for now is to develop innovative counter-responses which balance the security effectiveness and social and political acceptability of designed-in security measures.

The targeting of ‘soft’ spaces
Defending vulnerable urban spaces of Western cities against the ever-changing nature of terrorism has long occupied state security services. But until 9/11 seldom did these have major impacts upon everyday life in the city, or upon the practice of built environment professionals such as town planners, civil engineers, architects and developers. As we have seen most recently from the recent attacks across continental Europe, the modus operandi of terrorists has changed significantly since the millennium. Vehicle-borne improvised explosive devices targeting major financial or political centres have been replaced by person-borne improvised explosive devices - especially suicide attacks - and subsequently Fedayeen-style mass shooting attacks and the deliberate targeting of crowds with fast-moving vehicles.

Consequently, traditional territorial counter terrorism approaches – the construction of defensive cordons, or ‘rings of steel’ where access is restricted and surveillance significantly enhanced – are largely inadequate and have been rethought given the increased appreciation of the changing threat. Although debates continue about the relationship between new and traditional threats, the methods and tactics adopted by terror groups are increasingly novel, innovative and focused on mass casualty strikes or multiple coordinated attacks. Such attacks are tactically aimed at soft targets and more generally crowded places that cannot be altered without radically changing citizen experience of such, largely, public places.

The look and feel of security
Over the last decade, processes of urban revitalisation have become increasingly influential in urban policy-making, emphasising inclusivity, liveability and accessibility. However, these ‘quality-of-life’ issues sit uneasily beside concerns to design out terrorism. Attacks against ‘soft’ public spaces have necessitated that in ‘at risk’ areas security becomes part of the urban design process and is proportionate to the risk faced. In the aftermath of 9/11 many unrefined and obtrusive security features were quite literally ‘thrown’ around key sites, as security installations needed to be ‘seen to be doing something’- employing features that are relatively effective at stopping vehicles carrying explosives penetrating defined urban spaces (notably reinforced steel barriers, bollards or concrete ‘planters’) but which were not necessarily socially acceptable nor aesthetically pleasing. Moreover, the ‘guns, guards, gates’ posture adopted was counterproductive owing to the way such measures can serve to enhance fear of attack. To improve this process, over recent years, a range of built environment professionals have been encouraged and trained to be involved in security design, working alongside dedicated security professionals, to provide more specialised input into interventions within the public realm.

As a result, the initial swathe of security bollards and barriers that littered the landscape of many cities after 9/11 is slowly giving way to more subtle alterations in the urban landscape that seek to balance the need to provide effective physical security with aesthetic and social impacts considerations (although in many cases bollard-type solutions still prevail or have been retained). It is now often argued that the introduction of additional security features should not, where possible, negatively impact upon everyday economic and democratic activities. This realisation has led to a predominant view that security features should be as unobtrusive as possible.

In response to this challenge we now see security features being increasingly camouflaged and subtlety embedded within the urban landscape so that to the general public they do not obviously serve a counter terrorism purpose. Examples of such ‘stealthy’ features include ornamental or landscaped measures such as balustrades or artwork erected as part of public-realm ‘streetscape’ improvements that have deliberately designed-in security more attractively and inconspicuously whilst still providing a hostile vehicle mitigation (HVM) functionality, with designs capable of stopping a seven tonne truck travelling at 50 miles per hour.

Evolving protective counter terrorist security
Evolving urban security strategies seeking to counter terrorism are attempting to balance the twin aims of security effectiveness and social and political acceptability. Since 9/11 a much more proactive and integrated approach to protective ‘designed-in’ counter terrorist security in cities has emerged where instead of reacting at pace, a more reflexive response is now possible. This takes into account issues such as proportionality and aesthetics of design, as well as developing a strategic framework whereby many more stakeholders - notably planners, architects and designers - are given responsibility for delivering the agenda. Protective counter terrorism is no longer just a police and security services issues as many professional and practice communities, together with the general public, are being enrolled in the fight against terrorism.

Over time the dynamic nature of the terrorist threat and the occurrence of particular incidents has meant that design-based counter terrorist activity have remained in flux, tempered by the increasing cost of urban security in an age of austerity as well as the reluctance of urban developers to consider significant security improvements within their designs. The lack of a regulatory requirement designed-in security has also been re-emphasised by 2016 attacks events in Paris, Nice, Brussels and elsewhere as well as highlighted in an independent report on London’s preparedness for a major terrorist incident. Here it was argued that ‘London becomes a city where security and resilience is designed in and is part of the city’s fabric’. To this end the author argued that government should introduce a statutory obligation for resilience to be designed into new and existing buildings.

Most recently, the international reaction to the attack on a Berlin Christmas market in December 2016 has served to illuminate that the difficulties in balancing reactive and proactive counter terrorism elements within the built environment and in many areas has brought us full circle back to immediate post-9/11 responses. In the wake of the Berlin attack the media has been awash with security experts promoting the virtues of hostile vehicle mitigation measures to restrict access to ‘Trojan’ vehicle attacks whist on the ground, markets and other public spaces across Europe have put in place makeshift security and extra visible policing to quell the fears of the public. For example, those in charge of security at the annual German market in Birmingham, UK, installed a series of concrete blockers, wooden crates filled with earth (although a number were empty) and plastic barriers as temporary security measures.

Moreover, in a repeat of events in the early 1990s, designing out terrorism schemes based on the ‘ring of steel’ principle also resurfaced in the City of London based on armed checkpoints, rising security bollards and crash-proof barricades. This was in response to a report that identified newly established areas of the City as ‘highly sensitive to a hostile vehicle-borne security threat’. Such an area-based approach to physical protective security – a long held aspiration of counter terrorism professionals - represents one vision of how designing out terrorisms might proceed if attacks remain an everyday fear in crowded city locations. But the question remains, how do you proportionally protect soft-targets from terrorism through designed-in interventions?

Mitigate the threat from shattered glass