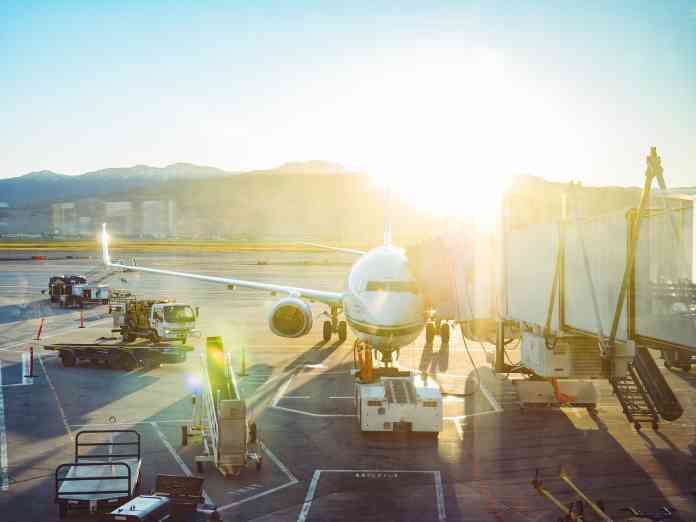 A report will land on the desk of European Union (EU) Transport Commissioner Siim Kallas this month that will directly influence whether or not EU airports will be required to meet an impending deadline to deploy Liquid Explosive Detection Systems (LEDS) equipment.

The report was ordered after last year’s debacle over the limited deployment of such equipment to enable a lifting of Liquid, Aerosol and Gels (LAGs) restrictions on transit passengers passing through European airports. This move descended into farce after intransigence by the aviation industry and interference from Washington D.C., led to cancellation of the plan on the eve of its implementation.

Background
The civil aviation liquid explosive threat first emerged following discovery several years ago of a plot to down multiple transatlantic airliners whilst in flight from the United Kingdom to the USA and Canada.

That plot originally led to an outright ban on Liquids, Aerosols and Gels (LAGs) being carried in passenger hand baggage, but was subsequently relaxed to the 100ml per item contained in a 1 liter bag quantity restrictions we have today.

The restrictions were put in place pending development of screening solutions able to determine whether passenger presented LAGs might be a threat or entirely benign.

Under the guidance and direction of the European Civil Aviation Conference (ECAC) and the European Commission (EC), numerous companies began an intensive development programme aimed at bringing hardware and software solutions to the LAGs threat to the marketplace.

These solutions were thoroughly tested under the ECAC Common Evaluation Programme (CEP), declared fit for purpose and deemed suitable for active service deployment in airports across the region.

The plan looked good on paper but the relevant EU legislative and regulatory bodies didn’t factor opposition from the end user airport community and outright hostility from the region’s primary trading partner into the equation.

The regulation was therefore amended to reflect a desire amongst all parties to begin easing the much-derided restrictions on what can and cannot be carried in passenger hand baggage by the second quarter of 2013.

Debate
Argument over the lifting of liquid restrictions has raged back and forth for a couple of years. Despite expressing comforting words about a desire to support an easing of controls on what passengers may and may not carry in their hand luggage, the aviation industry continues to lobby against having to refactor existing solutions deployed in central screening. It argues that any move toward lifting restrictions should be based on a sustainable technological solution being available, that ensures a high degree of probability of detection of a wide range of liquid explosive threats, but which should be passenger friendly and enhance the passenger experience rather than hinder it.

Behind this populist sentiment is the issue of cost. Figures indicate that security now accounts for almost thirty percent of aviation sector operational costs annually. Lobbyists continue to argue that this is an unfair and unsustainable burden, particularly in an era when it has collectively stacked up multi billion dollar losses in seven of the past eleven years.

They contend that terrorism is a national security that should be addressed by national governments rather than commercial enterprises. Compliance with the regulation may not necessarily lock airports into expensive hardware renewal though. In may cases the capability to accurately screen LAGs can be achieved through a relatively straightforward software upgrade to already deployed x-ray systems.

This solution automatically detects liquid explosives and chemical threats in real time, in containers up to 2 passing through the X-ray system. Within seconds, the software discriminates between dangerous and safe liquids even when their physical properties are very similar.

American opposition
US policy on aviation security may be a more intractable hurdle to overcome as the EU endeavors to ease the restrictions. US officials previously demonstrated their opposition by formally warning that additional security measures on EU originating passengers would be arbitrarily imposed if the controls were eased in line with regulation.

This step effectively prevented the few EU states already capable of screening LAGs for potential threats from lifting restrictions and prompted the rewriting of regulation.

Despite an ongoing dialogue between the two sides, no formal agreement has been reached as yet. The issue was last raised at the G20 Summit held in Cannes in November, but resulted in little more than the EU delegation urging their US counterparts to adopt more proportional security measures, to aid the free flow of passengers and goods in the transatlantic area.

The G-20 Summit is the avenue for member states to discuss, plan and monitor international economic cooperation. It resulted in little progress on the issues under discussion, including the lifting of the particularly onerous security restrictions.

Hardware
Liquid Explosive Detection Systems (LEDS) equipment began to emerge in the marketplace a couple of years ago.

Industry end users argued against immediate deployment of the systems, challenged the protocols under which they were assessed and demanded further testing including in live airport environments.

EU regulation encourages airports to take all necessary steps to begin installing this equipment well ahead of the currently proposed compliance date, but given the caveat that a final decision on whether to enforce the long proposed deadline will not be made for some weeks yet, the greater majority of airports are holding back from committing spending.

A small handful of more forward thinking airport operators have begun the tendering process without waiting for a formal pronouncement from EC Transport Commisioner Siim Kallas. Dublin Airport Authority (DAA), which is responsible for Dublin, Cork and Shannon airports, has most recently invited the manufacturer base to tender to upgrade its presently deployed screening hardware.

However, by far the greater number of airports must still move forward and appear intent on leaving any procurement decisions until the very last moment. The biggest system vendors such as Smith and Rapiscan can weather the delay in implementing the liquid screening regulation.

This isn’t as easy for the many smaller specialist companies, such as Durham based Kromek and Cobalt Light Systems in Oxford, who have invested heavily in developing solutions, only to see regulation deadlines revised at the last hurdle.

Vendors are said to be quietly seething at the lack of progress and some are openly questioning whether politicians and the industry are merely paying collective lip service to enhancing public safety. The acid test will be whether the green light to go ahead with deployment is given or whether some other excuse is found to delay further still.

National Security
The fear amongst vendors is that one or more governments opt to retain the LAGs controls for national security reasons. If this were to happen it could put the entire project in jeopardy, since the prospect of the confusion caused to passengers would likely result in suspension, pending a uniform lifting of the restrictions.

As vendors hold their breath and hope that nothing will conspire to prompt further costly delay, Transport Commissioner Siim Kallas remains uncharacteristically tight lipped on the issue, which is serving to caste doubt as to whether air passengers will finally see an end to restrictions as planned in 2013.