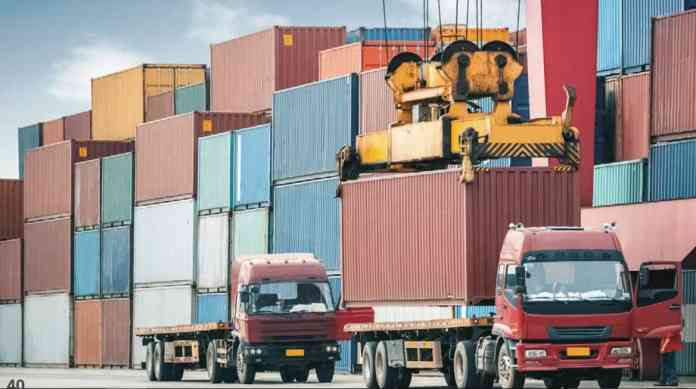 Protecting supply chains is about deterring any form of criminal activity and it is now uppermost in the thinking of global manufacturers, the transport and logistics industry, law enforcement agencies, and government officials.

The Transported Asset Protection Association (TAPA) was formed in 1997 and is active in the Europe, Middle East and Africa (EMEA), Americas and Asia Pacific regions. Its remit is simple; to help manufacturers and their logistics service providers moving high value, theft-targeted (HVTT) products to achieve supply chain resilience.

TAPA is a not-for-profit association that has over 800 members, including supply chain security leaders from leading global manufacturing brands such as Microsoft, Intel, HP, Amazon, Dell, Nestle, Pfizer, British American Tobacco and AstraZeneca. They are joined by major transport and logistics providers, including DHL, CEVA, TNT, FedEx, UPS and Expeditors as well as insurers such as Aon, Axa, Zurich and Allianz.

The value of cargo crime
It is easy to understand why major businesses take the issue of cargo crime so seriously. In Europe, a study by the European Parliament on organised theft of commercial vehicles and their loads in the European Union estimated the value of annual cargo crime is €8.2 billion. Whilst the true cost impact remains difficult to calculate, analysis suggests that total losses from these crimes are twice the value of the stolen goods.

The impact on business, however, extends far beyond the financial cost of recovery. Loss of goods from the supply chain means companies are unable to fulfil customers’ orders, their reputations are damaged, production schedules are disrupted and, ultimately, insurance premiums are increased. Take that full circle and eventually the added costs either result in a reduction in a company’s competitiveness if they absorb these additional costs or higher prices for the end user.

The benefit of shared intelligence
TAPA was founded because supply chain security professionals in some of the world’s fastest-growing manufacturing companies recognised that if they were incurring incidents of crime, their competitors were almost certainly doing so too. The association now provides answers to the main questions facing all manufacturers and movers of high value, theft targeted (HVTT) cargo, such as how do I make my goods secure and what security standards should I adopt?

TAPA members already have their own comprehensive security processes and procedures and these are closely adhered to by their logistics service providers. What TAPA provides in addition to these is industry standards for facilities, trucking and air cargo security that set the minimum benchmark for supply chain security and cargo crime prevention. These are independently audited and help buyers to identify the ‘best in class’ providers of secure transport and logistics services.

TAPA is also a source of cargo crime intelligence for its members. The association’s Incident Information Service (IIS) is a database of ‘real-time’ and historical information on cargo crimes using data provided by law enforcement agencies, sourced from credible media reports, and reported by TAPA members. IIS is a valuable planning tool for supply chain security, helping companies to understand the modus operandi of cargo criminals and to avoid known  geographic ‘hotspots’ where thieves are most active. This also includes fast ‘alerts’ to members to notify them of incidents as soon as information becomes available.

Theft-attractive products
Whilst high tech products such as smartphones, tablets, televisions and software are still among the most obvious targets for cargo thieves, the list of goods stolen from supply chains is becoming increasingly diverse and includes, for example, cigarettes, pharmaceuticals, watches and other luxury goods, metal, clothing & footwear, cosmetics, and food & beverage.

Technology advancements mean traditionally bulky and heavy products such as PCs and televisions are becoming smaller, lighter and, effectively, easier to steal and sell through the black market.

Whereas industry focus was once based on protecting ‘high value’ products, the term ‘theft attractive’ is now far more appropriate because it also encompasses products with a lower unit value that are easy to ‘sell on’. A good example is the theft of a truckload of parmesan cheese with a value of nearly €800,000.

Organised crime
TAPA is growing because it gets results. Adopting TAPA security standards as part of their supply chain security programmes means losses incurred by TAPA members are three times lower than the industry average, according to research. That’s an encouraging fact for its members but the broader industry picture in relation to cargo crime gives cause for increasing alarm.

Cargo crime is no longer about petty, opportunist theft. Cargo crime involves violent, armed and organised attacks on vehicles, facilities and employees. It can involve hijackings, fraudulent pick-ups, fake transport companies, bogus ‘police’ stops and even attacks on moving vehicles as they travel at speeds of up to 80kms an hour along European highways.

At a recent TAPA conference, one speaker showed a CCTV film of an attack on a commercial vehicle that took place in broad daylight on a busy highway. It involved thieves using several vehicles to stop the truck, overpowering and removing the driver from the vehicle and driving off with the truck and its load. The timer on the CCTV clocked the total event as lasting just 32 seconds.

The 10 biggest thefts during the course of last year featured combined losses in excess of €55 million as thieves targeted diamonds, gold, silver, smartphones and tablets, currency, electronics, cigarettes and bicycle parts.
Pharmaceuticals were another prime target for criminal gangs as well as metal, clothing, cosmetics and food & beverage products.

More than 50 per cent of crimes recorded by TAPA’s IIS in 2013 involved goods being stolen from vehicles that had stopped in unsecured parking or rest areas.

The latest EMEA figures for Q2 2014 continue to highlight the scale of the problem, with average losses rising to €284,766. The 250 recorded cargo crimes included 43 thefts each with losses of over €100,000. The biggest single crime in the first six months of the year was the theft of cigarettes worth €2 million in a violent truck hijacking in Italy, south of Bari.

Police targeting criminal gangs
Across Europe, police forces are working with differing levels of success to break-up and prosecute cargo criminals. On a positive note, in the last year this has seen arrests across the continent, including one operation to break up an organised gang that led to the arrest of 72 people in Spain, Italy, Romania, France and Germany. In a separate police investigation, 31 gang members responsible for stealing 70 trucks and goods worth €3 million were sentenced to prison terms of between three‑six years, while an Eastern European gang responsible for laptop and tablet thefts in the UK has started a 15-year prison sentence.

TAPA EMEA is very supportive of the proactive work being undertaken by law enforcement agencies across the region and is well aware of the challenges police are facing, particularly in terms of funding. In some countries, the level of cargo crime remains misunderstood, however, because crimes of this nature are not clearly identified and are often lumped together under the far bigger category of ‘vehicle crime’. In other countries, authorities simply refuse to accept they have a cargo crime problem to address, despite intelligence proving otherwise.

Thieves are more sophisticated
Cyber-crime is far from a new phenomena but there is no doubt that, aided by advancements in technology, criminals are becoming increasingly sophisticated in their ability to target businesses and individuals, and the supply chain is a growing focus. As highlighted by an insurance industry representative at a recent transport conference in London, even petty business burglaries where nothing appears to have been stolen are, in fact, cyber-criminals going into companies to plant spyware into IT systems.

In the media we have also recently seen reports of how malware-poisoned handheld inventory scanners from China are stealing information from transport and logistics companies. These scanners are used to track shipments in the supply chain and criminals can use this technology to extract stolen information to their own database.Not surprisingly, criminals are primarily focused on freight manifests to identify what each shipment contains and its value.

Hackers
We also know of the threat of ‘hackers’ accessing the administrative and control systems networks at shipping ports, which are reported to be not only vulnerable but also a high priority for malicious activity. Clearly the biggest fear is the threat of terrorism but we can fairly assume that the theft of goods is an equally big incentive for technically-advanced organised crime gangs.

This is just another reminder that the threat to supply chain resilience is becoming more diverse and the wider issues related to cargo crime must be given even greater focus in the face of more frequent, violent and sophisticated attacks. 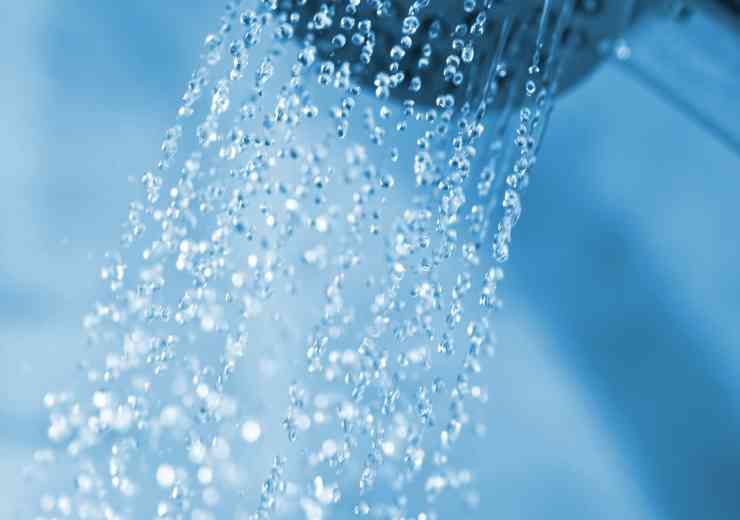 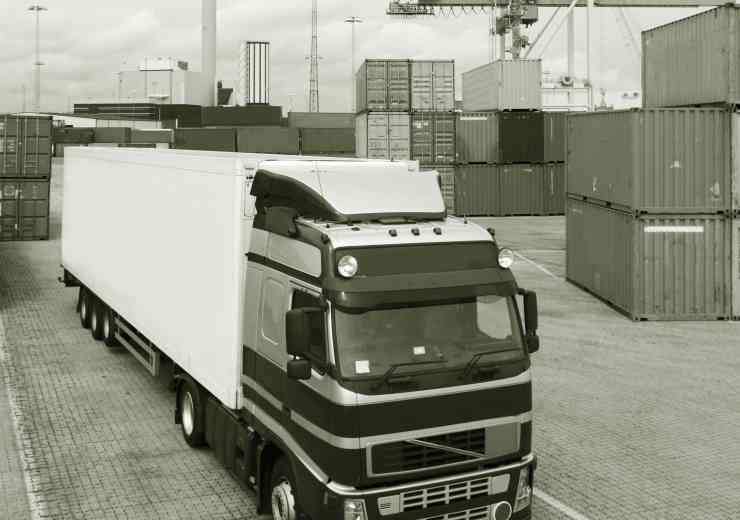 Products at risk of theft from Europe supply chain