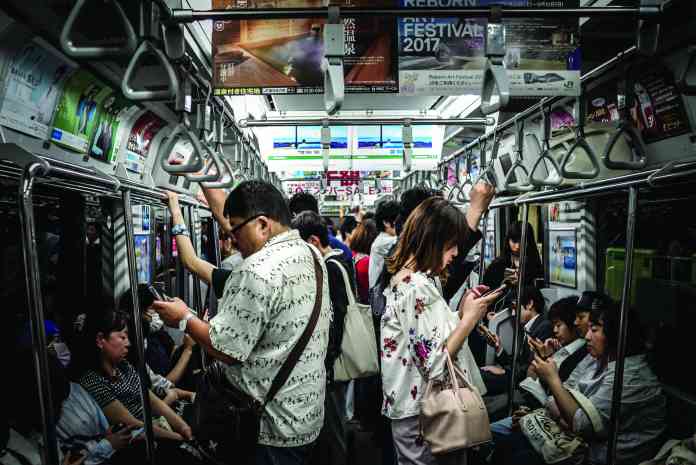 In our second Panel of Experts, Jackson White, Richard Russell and Simon Hill contribute towards an analysis of how organisations can be sure of a secure and reliable communications service when network coverage runs out or is disrupted by a terrorist attack

Speaking at the 2017 iteration of the Emergency Services Show, Luana Avagliano, head of Resilience Direct at the UK Cabinet Office, highlighted the importance of collaboration, partnership working and using digital tools effectively in order to be able to respond quickly to emergency scenarios. Those on the frontline of public safety rely on mobile connectivity to enable mission critical communications between responding resources, control rooms and other emergency crews. As our panellists are quick to point out, when a crisis situation occurs, whether that be an event similar to the Grenfell Tower fire or a terrorist attack, congestion on mobile network often means vital communication is reduced, delayed or cut off completely, resulting in additional risk to life and infrastructure. Added to this concern is the possibility of a vacuum in the transition between Airwave and the Emergency Services Network (ESN). The Emergency Services Mobile Communication Programme (ESMCP) is reportedly 15 months behind schedule in delivering the 4G-based ESN. The project, which is based on a network provided by EE, has already been delayed twice, casting doubt on whether it will be implemented before its 2020 deadline.

Public Accounts Committee (PAC) chair Meg Hillier raised the issue last summer following the Grenfell Tower fire, writing to then Home Secretary Amber Rudd to ‘highlight the importance of our emergency services being able to communicate effectively in the event of an emergency’ and question the decision to change services given the number of terrorist attacks at that time (the UK had experienced attacks in London and Manchester in March and June 2017).

The Home Office reported in February that the new 4G ESN system has achieved its first successful demonstration over a live public mobile network, marking the first time Motorola Solutions’ software has linked together with the live EE mobile phone network and demonstrated prioritisation of emergency services communications on a public network.

Additionally, 130 handheld devices were produced for testing, as was the first new rapid response vehicle. The government claims that there have already been over 100 genuine 999 calls received through masts in place due to ESN where there was previously no coverage, demonstrating the ability of ESN to help save lives even before the roll out is complete.

Nick Hurd, Minister for Policing and the Fire Service, said: “This is a complex project which will provide the emergency services with the most advanced communications system of its kind anywhere in the world – which is why successful tests like these are an excellent achievement. Members of the public are already seeing some of the incidental benefits of the project like its improvement of the 4G mobile network – 90 per cent of the UK is now covered.”

So how do we mind the gap?
Jackson White, business development director at Getac, says that ‘adopting a bespoke, dedicated system based on satellite mobile internet technology’ enables organisations to access ‘uncontested’ mobile capacity. In addition to this, services should engage with an emergency services type network, which aims to deliver secure and resilient voice communication and broadband data services for the three emergency services via the LTE network.

But, as Roadphone NRB’s Richard Russell points out, there is a concern just how well this LTE broadband service will truly perform as our public safety organisations ‘take the bold and brave step away’ from the tried and tested TETRA network. Roadphone’s business development manager highlights how ‘the original intended purpose of the two systems are fundamentally different’, where the TETRA based Airwave system operates at lower UHF frequencies, lending itself to better range and transmitting more power from devices with more efficient antenna design operating on a bespoke network infrastructure designed for performance. In contrast, 4G LTE networks have been ‘prioritised for commercial biased population-dense locations’, leaving many to wonder about its effectiveness in rural locations.

White stresses that ‘communications should also be able to be maintained regardless of the bearer of opportunity’, and as devices traverse between Wi-Fi, ethernet plug and mobile LTE, communications must remain consistent and seamless, even if the device is switching between providers or ‘across different internet protocols with the most resilient link’.

Looking beyond satellite mobile internet technology towards radio communication, Russell pinpoints five system considerations to maximise performance. This looks at control of who accesses the radio network, the capability of the system to deliver effective communications, sufficient call capacity to process multiple simultaneous calls, predicable operating costs, including maintenance, and most importantly coverage, including the frequency of operation, the antenna system design, a balanced RF link budget and licence restrictions as imposed by OFCOM to prevent interference to others and to the operator’s system.

Organisations should also be rehearsed on how they deal with different eventualities in terms of reduced network capacities. For example, where bandwidth is reduced and data transfer is limited, operational procedures should stipulate that low resolution imagery or only critical voice or data is communicated. It’s essential that hardware used for these critical communication is equipped with the advanced connectivity features which allows dynamic bandwidth allocation to transmit live video feeds, images and other data in emergency situations.

Companies relying on commercial mobile infrastructure can secure a private, priority channel, further enhancing resilience by aggregating services from multiple providers. This means the communication burden is spread across networks to ensure consistent connectivity, bandwidth and resilience. This is especially important in emergency situations as a networks can quickly become oversubscribed as citizens clog the network checking on the safety of friends and family.

Jackson White, Getac UK
Jackson White is business development director at Getac UK where he is responsible for growing the organisation’s defence, security and first responder customer base. After joining the Royal Corps of Signals at 16, where he looked after general communication systems, Jackson supported Special Forces operations for 10 years. He then moved into the corporate world where he oversaw future technologies and innovation for video surveillance and communications systems organisations.

Final thoughts: “Attaining a resilient network is critical. First line and emergency responders must be able to communicate securely and freely, and not be impacted by network congestion or failure. Organisations should consider their approach, be it a secure private channel or aggregate networks, dynamic bandwidth allocation, and how operational procedures will give them the best chance of success in a crisis situation.”

Richard Russell, Roadphone NRB
In 2017, Richard Russell joined Roadphone NRB as BDM to grow their Endurance Technology® portfolio for CNI, corporate and high value facilities. Richard’s telecoms career spans 36 years, including 25 years at Motorola, gaining expertise of MPT1327, DMR, TETRA and LTE. He has experience of service organisation and EMEA product management, and was a Global Business Development and EMEA Go-To-Market product specialist. He is also an advisor to many partners across Europe of multi million dollar awards.

Final thoughts: “Coverage for business/mission critical communications has many important considerations, and narrowband, resilient infrastructure communication systems as delivered by Roadphone NRB and Hytera have a proven track record through a balanced RF budget – the key to proper system performance. This is an essential ingredient to successful implementation and operation of critical (life safety) radio communications, will ESN leave gaps in coverage and risk critical communications?”

Final thoughts: “What is now required are innovative new solutions that provide greater capability to allow for greater effectiveness, release capacity by providing greater efficiency and that smooth out the complexities of a multi-dimensional communication and information feed landscape. These solutions need to provide integration, as well as reliability, organisational security and confidence so that they can support the users to achieve outcomes that will in the CT environment keep people safe from harm and protect our democracy.” 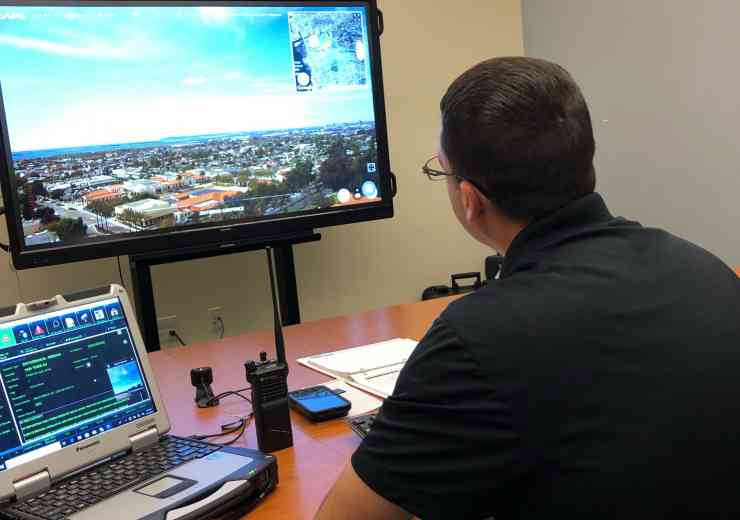 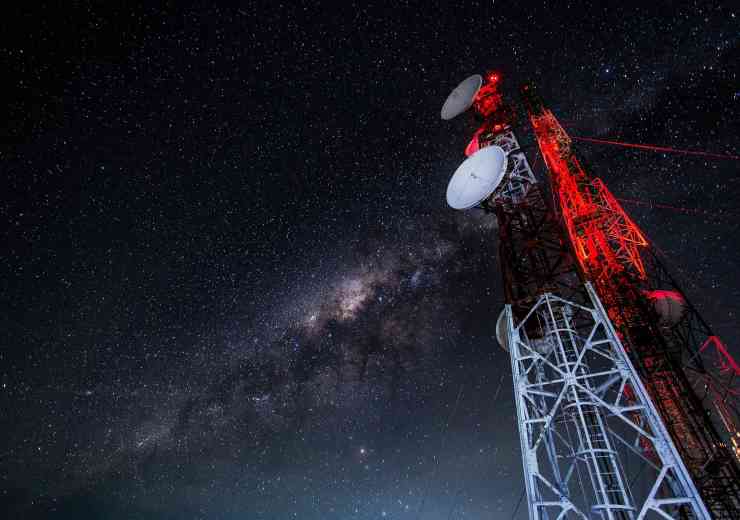 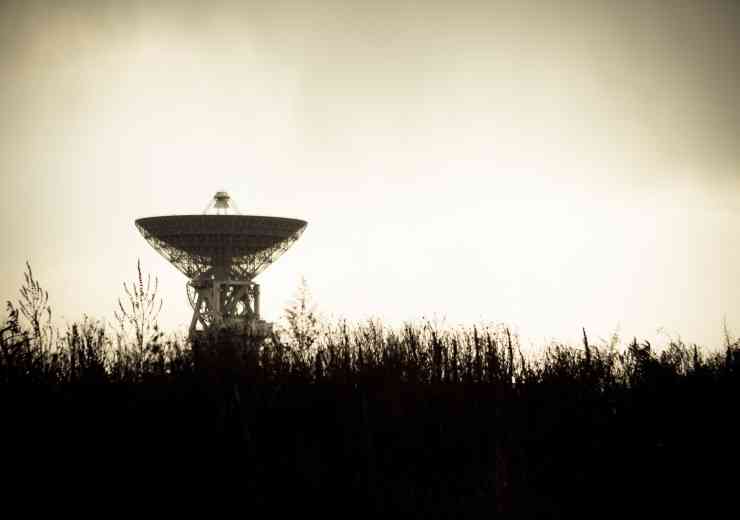