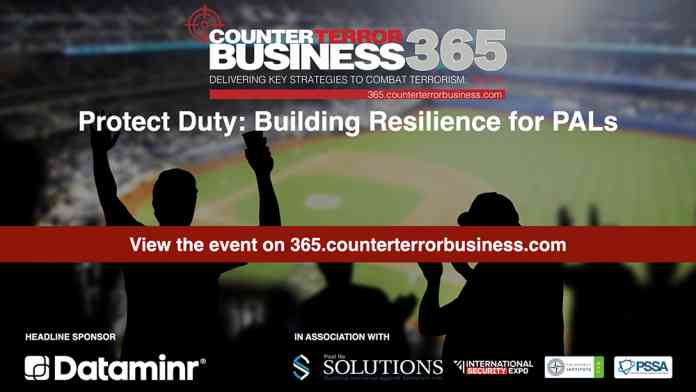 With the key appointments of Suella Braverman as Home Secretary and Tom Tugendhat as Minister for Security, in Liz Truss’s government, it was hoped that the conversations about getting the Protect Duty enshrined into UK Law would resume expeditiously. Indeed, the new security minister took the opportunity to demonstrate his support at the International Security Expo at Olympia London, at the end of September, where he also met with Figen Murray. There’s been a bit of political turmoil since then and we do now have a new prime minister, though both Braverman and Tugendhat are back in their roles.

In the background, both public and private sector organisations are gearing up their preparations for when the Protect Duty comes into being. One of the key aspects for organisations in this, is the capacity classification of Publicly Accessible Locations (PALs) - “A Publicly Accessible Location is defined as any place to which the public or any section of the public has access, on payment or otherwise, as of right or by virtue of express or implied permission.” – and alongside that the understanding of the associated risks, threat mitigation and most effective responses available in order to build resilience and to protect the public from the threat of a terrorist attack.

Risk assessment needs to be as dynamic as possible, to deal with the complexity and variety of risks for each specific location/situation/event. Among the multitude of tools available, what role does AI have in being able to augment our understanding of possible scenarios, by providing us with more sophisticated information and modelling scenarios to best protect people, places and assets?

Keynote
The webinar began with a keynote address by Figen Murray who explained her reasons for campaigning for a Protect Duty.
This was followed by a short talk by David James-Roll, director at Dataminr, a sponsor of the event. He talked about the value of real-time alerting.

Expert panels
The first expert panel featured Figen Murray and David James-Roll, as well as Nick Aldworth from Risk2Resolution and Travis Frain from UK Counter Terrorism Youth Advisory Group. One of the key themes of this discussion was the importance of awareness and education and it was stressed that this needs to and can be lost-cost and/or free.

They answered questions on topics such as how to educate young people, how to get the right information to the right people, whether the security industry has enough information to prepare for Protect Duty and reputational damage. They also discussed the importance of intelligence, being wary of those who claim to be Protect Duty experts and how to manage and oversee security professionals responsible for the implementation of the Protect Duty.

Mark Susca, senior risk consultant at Pool Re, another of the webinar’s sponsors then delivered another short talk.

This was then followed by a second expert panel featuring Mark Susca, Karin Castro, security advisor at the Danish Institute for Fire and Security Technology, Barry Palmer, head of safety and security at Tate Galleries and Chris Stevens, director of SIDOS UK.

This was another engaging session covering the rail industry, how terrorism risk management can be integrated into day-to-day working and the idea that “the carrot is better than the stick”.

Throughout the whole webinar, there was a lively and engaged discussion in the chat box with viewers and panellists sharing ideas and asking and answering questions.