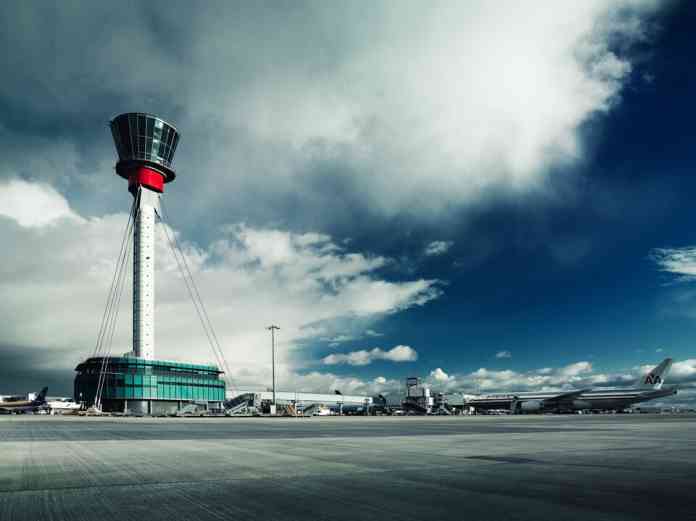 As the civil aviation industry continues to deal with the threat of terror attacks, new technologies that use AI are quickly evolving to meet the counter terror needs of critical civil infrastructure and the challenge of upholding national security in the modern world.

Adrian Timberlake, chief technical officer at Seven Technologies Group (7TG), examines how intelligent technologies work to weave together the bigger picture to spot threats of terror on the horizon, and how digital transformation in the aviation sector is upscaling the implementation of counter terror measures

To the general public, airports would appear to be some of the most secure buildings in the world. While security practices in civil aviation are far more stringent than almost any other form of travel excluding rail networks that involve a border crossing, civil aviation’s usefulness to our national economy, businesses and quality of life, unfortunately makes airports vulnerable to terror.

Since 9/11 and the global upscale of airport security, terrorists are becoming ever more inventive and varied in methods. Threats not only consist of terrorists posing as flight passengers; there’s the risk of ‘insider’ threats, interference from unauthorised unmanned aircraft (i.e.. drones) and attacks on IT infrastructure to prepare against.

Spotting threats on the horizon
Early awareness and intervention is the key in preventing terror attacks, and it’s within these areas that technologies that use AI prove useful as counter terror solutions.

AI is being used to analyse data in real time to report intelligence, as it is able to spot both patterns and inconsistencies faster than a human. Software incorporating the technology can be programmed to send alerts to security staff, law enforcement or intelligence agencies on recognising ‘red flags’. This helps to foster early awareness of potential threats and also provides time for security teams to prepare and evacuate the public.

Current security solutions for outsider threats, such as perimeter electronic fencing and CCTV, only becomes useful once the threat is already on the doorstep. In this scenario, there’s a risk of security teams meeting the attacker indoors or later at passenger checkpoints.

But modern counter terror software, that can be programmed to combine various new technological capabilities including facial recognition, objects recognition (including weapons and drones) and MAC mobile phone address alerts, is capable of spotting approaching threats from miles away, whether it be land or air-based, a known-terror suspect or a stolen vehicle, given that the software is housed within the right optics.

To tackle insider threats, counter terror software can be programmed to capture a facial recognition reading which can then raise the alert if a member of staff is on a police or intelligence agency’s ‘watch-list’ – a known subject of interest to law enforcement – or can raise the alert of a potential threat if a member of staff repeatedly explores areas outside of their parameters or is inexplicably on-site on days off.

Technology that uses AI can also act as a force-multiplier when integrated into cameras across a wide area; essentially, the technology acts as extra pairs of eyes that can provide entire site coverage while security teams are on patrol. Furthermore, modern software can be retro-fitted into most existing equipment, including CCTV, body-cams or gates.

Digital transformation in terminal construction and upscaling counter terror solutions
The building of Heathrow T5 is often credited with setting the standard for new terminal construction. Central to the project’s aspirations was a SME (single model environment) - later CDE (common data environment) - which made core project information available to all who needed it. This increased understanding, teamworking and formed a single source of information which helped to increase quality and consistency. Due to use of innovative software, including CAD (computer aided design) models, and a data-focused approach, the T5 project achieved its major design and construction goals on time and on budget.

Planning the incorporation of new technologies into the very foundations of critical infrastructure in the early stages of a project’s design allows project leaders to integrate the anti-terror solutions that would best safeguard the public and suit the conditions of the environment. As an example, for the construction of Ramon International Airport (Israel), landside security infrastructure and technologies had been adapted to accommodate the desert terrain and local weather.