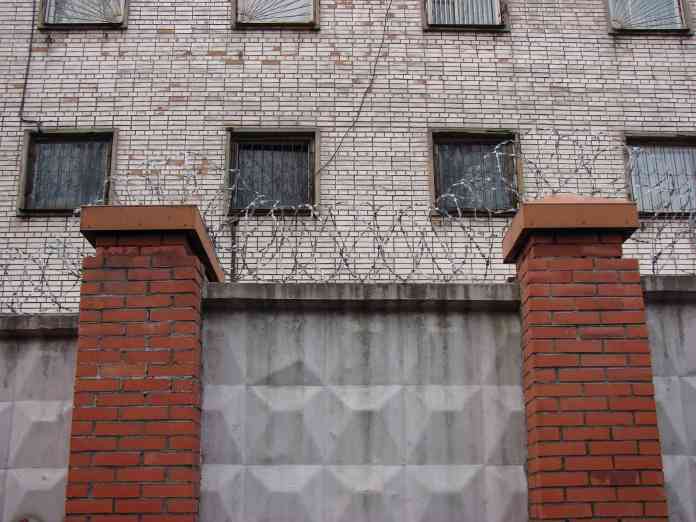 Managing radicalisation and extremism in prisons

I guess most people over a certain age will remember where they were when the second plane hit the twin towers. I was in Brixton prison. I was its deputy governor and stood transfixed in front of the TV in the board room with a few colleagues. For some time, nothing about what was happening seemed real, still less to have any relevance to the role I was performing.

But Brixton at the time had the national role of holding prisoners awaiting extradition – something of a historical anomaly to be frank – and amongst the prisoners we were holding on that day were two men accused in the United States of a previous plot to blow up the World Trade Center. My last memory of the day was their faces as they boarded a prison van to go to top security Belmarsh prison under police escort. Were those two men any more dangerous on that evening than they had been in the morning? Or any more or less motivated to escape? I doubt it. But the world had changed.

Nearly 15 years on, and it is more or less unthinkable that two men accused of a terrorist plot could be sitting in a not terribly secure Victorian gaol more or less unnoticed by either their captors or their peers. Nowadays, they would be well known, their photographs endlessly re-published and their every experience in prison liable to be broadcast via the Internet from a prisoner’s mobile or a disgruntled member of staff. If they were Muslims, they would also have a good deal more company at Friday prayers. But some things would not be different. They would still expect to live day to day in the company of men convicted of very different crimes and serving a range of sentences – some close to release, some doubting that they will ever be free. They would still live in a community drawn from countless different nationalities and ethnicities, and worship in a room that serves for every religion represented in the prison. They would still interact with staff from many different backgrounds, of very different ages and from both genders.

Institutional relationships
The British model of prison management is not unique, but it is unusual. It requires not just prison officers, but all those who work in prisons from a wide variety of different agencies, to be comfortable spending their working day surrounded and outnumbered by prisoners. Everyone’s safety rests ultimately on the quality of relationships within the institution and the consent, normally tacit, of the people who live in the prison to accept a degree of authority being vested in those that work in it.

Everything that happens in the prison is rooted in those relationships. The safest prison is the one where there is most space for those relationships to form, space created by a regime that unlocks prisoners for the whole of the day and most of the evening, and by adequate staffing levels, including teachers, nurses and instructors. Relationships form in the workshops and the prison kitchen, as well as on the landing. They form over time, incrementally, through unacknowledged tests that establish boundaries on both sides, and small tokens of trust.

Relationships keep people alive – the officer who notices a change in mood in a prisoner known to self harm, or the quiet tip off about a dispute between prisoners that has got out of hand, with weapons created and ready to use. They produce the trust that allows risks to be taken and managed – a period of temporary release to visit a dying relative, or a special event like a theatre workshop. They produce the intelligence that allows the prison to intervene to protect staff, other prisoners or the public, that points to corruption or to threats of disorder.

Relationships sustain the hope that makes a long sentence survivable. Sometimes that will be through the formal process of sentence planning, but often through the day to day experience of interactions that are not defined by imprisonment or by the roles people are playing. It is no coincidence that some of the most effective relationships in prison are formed in the gym or on the sports pitch, where staff and prisoners are collaborating, and deriving mutual pleasure – or frustration – from a shared passion.

Old dilemmas
So how do we deal with the prisoner who utterly renounces these relationships, to whom they are anathema, even apostasy? This is the dilemma for the long awaited review led by Ian Acheson for the Ministry of Justice.

The first, perhaps most important lesson is to remember that this is nothing new. Prisons sometimes wallow in the cliché that they have seen everything before, but in this instance it contains a vital truth. Because not only have British prisons always held terrorists ideologically opposed to the authority under which they are detained, they have also always held people who survive the experience by their resistance to it. We understand the challenge of working with people convicted of the most despicable crimes. The ability to say, truthfully, ‘we will always listen and talk to you regardless of whether you listen and talk to us’ is vital. Making relationships is sometimes the longest of long hauls, but time is always on the prison’s side.

The second lesson for me concerns the limits of what we have got used to calling ‘offender management’. The phrase was coined to describe an admirable ambition of working with prisoners to create a plan for a sentence that leads to successful resettlement. But it has sometimes been interpreted too literally, encouraging a view that offenders can literally be ‘managed’, more like an industrial process than a human being. The much more promising approach, happily now well established in official thinking, draws on ‘desistance’ theory to stress the importance of the prisoner’s own agency in any lasting change.

So, for example, an approach to offender management founded on desistance theory requires the prisoner to define what a better life for them might look like, and to negotiate the steps towards it. It places trust in the development of a small number of key relationships rather than multiple interventions from dispassionate technicians, and devotes as much attention to the prisoner’s strengths as to their weaknesses.

This may sound like pie in the sky for the committed terrorist, and dangerously laissez faire for the prisoner vulnerable to radicalisation. But we know that the alternatives – for example trying to isolate the ideologues completely – do not work. IRA hunger strikers in the 1970s proved that radicalisation does not depend on face to face contact, or personal access to the media. And the peace process ultimately rested on the promise of a life that was demonstrably better without terrorism than with it.

The trouble with the long game
There are structural obstacles to the success of this ‘long game’ approach, however. It relies on the absolute legitimacy of the state’s authority and the manner in which it is exercised. The state must always occupy the moral heights. So the exceptionally long sentences which have become the norm in this country over the last 10 to 15 years require a re-think. This is certainly not just about sentencing for acts of terror.

Young men routinely now receive life sentences with tariffs (the guaranteed period of imprisonment) that exceed the length of time they have been alive. In many cases, a conviction under ‘joint enterprise’ means that they find it hard to accept that they even committed the offence with which they were charged. That creates anger, followed by hopelessness, and fertile ground for recruitment to a cause that denies the legitimacy of the state that passed the sentence.

Many of those vulnerable to radicalisation have also experienced a steady accumulation of institutional discrimination. The gross disproportionality in the representation of young black men in the prison population reflects a long series of discretionary decisions rather than a single unfair act, but can only generate expectations of further discrimination when they come to prison.

Grounds for optimism
Regimes in many prisons are impoverished. A miserable life inside, and few official incentives to use your time constructively, will increase the attractions of an alternative, informal hierarchy of respect and reward. There may be no more difficult operational challenge for the prison service than containing and ultimately eliminating the threat of radicalisation, and it must find its way through in the glare of political and press attention. But a very recent inspection of HMP Full Sutton gives good ground to be optimistic that the skills exist for it to do so, and a successful national policy will ultimately be founded on some familiar tenets.

Such a policy should ensure that the principles for a safe prison system hold good – making space for relationships and equipping staff of all disciplines to use that space underpins both resettlement and security success. The state must occupy the moral high ground, modelling just and compassionate ideals. In the long run, it must deliver on the promise of a better life. Institutional injustice, whether in the sentencing framework, entrenched discrimination or an impoverished regime within prison, makes that very much more difficult. It is important to remember that this is a long game. Consistency and determination are at a premium, and the tools that are needed – recruiting and retaining the best people, training and supporting them – need to be delivered throughout. If something appears to be a quick fix, it should be discounted on those grounds alone. L 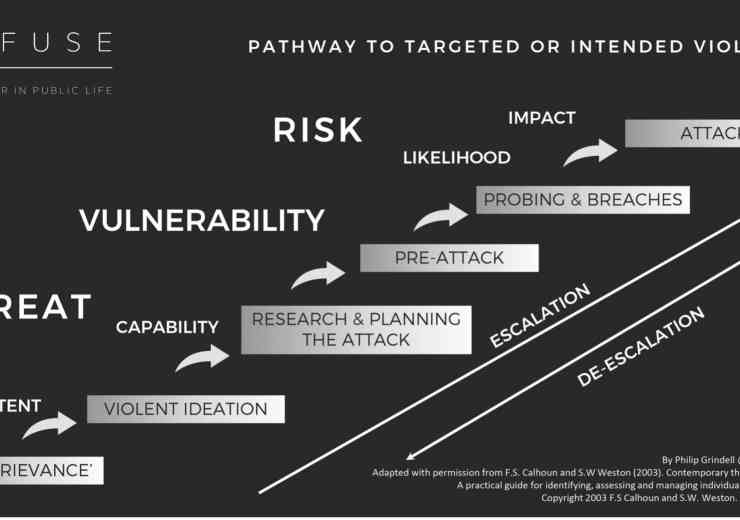 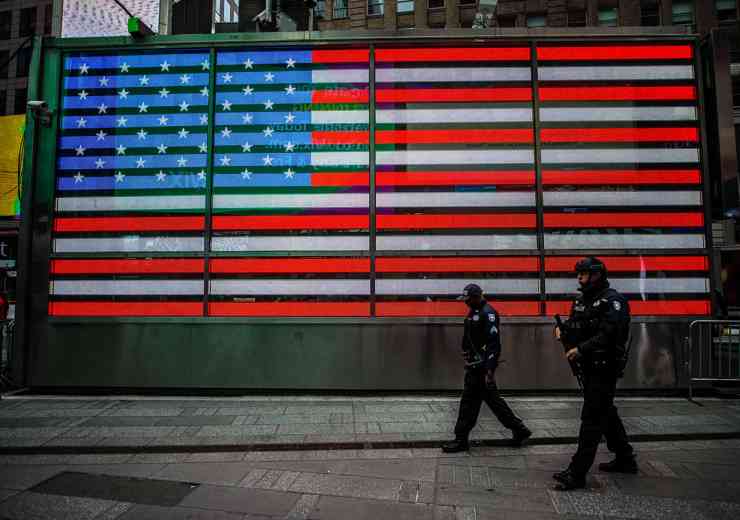 Assessing the terror threat on opposite sides of the Atlantic 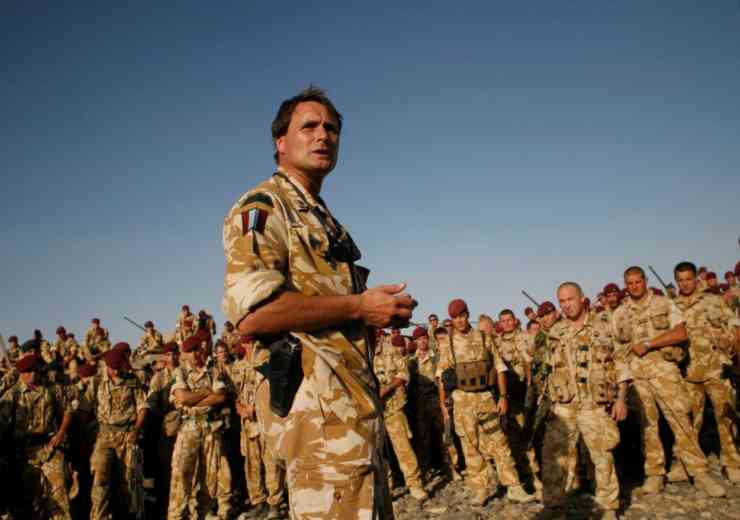 Q&A with Ed Butler, Chief Resilience Officer at Pool Re 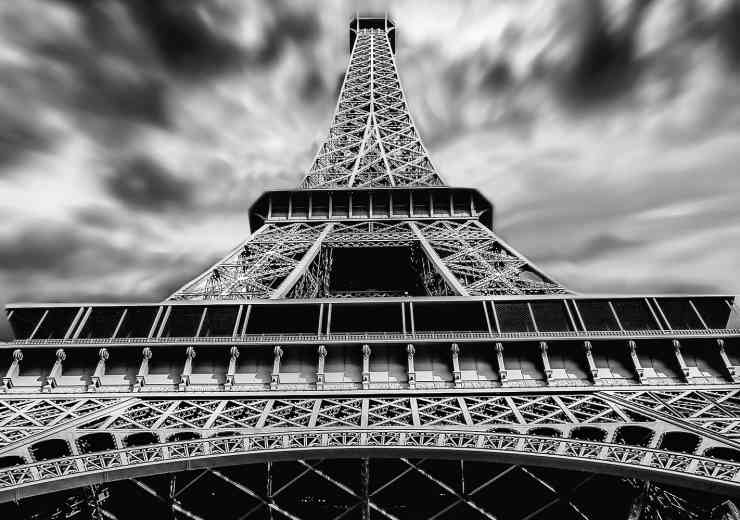 The role of symbolism in terrorist attacks