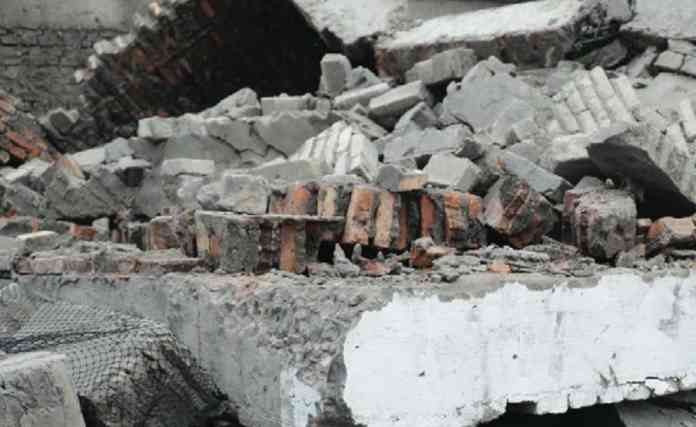 It would seem perfectly feasible that there be a direct correlation between terrorist threats and spending on counter terror, almost in the form of a cause and effect relationship. It is now a regularity to pick up a newspaper or turn on the six o’clock news and see a report on the terrorist activities of Islamic State of Iraq and Syria (known predominantly as ISIL, or more recently Da’esh). The most attention-grabbing news of this year has focussed upon the flow of jihadists in and out of the Middle East, and the topic of counter terrorism has flowed wider afield, noticeably into the education sector.

It was no surprise therefore that following election victory in May, much of the fall out centred upon a reform of the European Human Rights Act and the introduction of a British Bill of rights, somewhat overshadowing similar calls in Europe for a common European Union (EU) foreign and security policy and a notion towards cooperation with non-EU bodies on counter terror related issues.

Earlier this year, following the terrorist attacks in Paris, the French Council of the Muslim Faith recorded a 110 per cent surge in reported ‘Islamophobic’ incidents. Far-right nationalist groups operating in the United Kingdom have started campaigns such as ‘Christian Patrols’, while in Germany the group Patriotic Europeans against the Islamisation of the West, or ‘Pegida’, was created in 2014, to oppose the alleged ‘Islamisation’ of the Western world. It makes sense therefore that with a heightened political awareness, a greater public desire, and a undeniable need to find a solution, EU counter terror funding has grown.

Increasing spend
According to the European Parliamentary Research Service, the USA’s homeland security spending has increased by an annual average of $360 billion. Although it remains impossible to gain exact figures on EU and member state counter terror spend, it is estimated to have increased from €5.7 million in 2002 to €93.5 million in 2009. The same study estimated that EU spending in the areas of freedom, security and justice had witnessed an 163 per cent funding boost between 2006 and 2011.

In the latest figures, funding for Security and Citizenship – as it was renamed under the 2014‑20 Multiannual Financial Framework (MFF) – was slightly reduced from the 2014 to 2015 budget from €2,172 million to €2,146.73 million. However, spending on counter terrorism increased.

The 2007-13 MFF included a €140 million programme for the ‘Prevention, Preparedness and Consequence Management of Terrorism and other Security-related Risks’ (CIPS), which was designed to protect citizens and infrastructure from terrorist attacks. Under the more recent 2014-20 MFF, the Internal Security Fund (ISF) was promoted. The ISF is the financial instrument designed to support security‑enhancing initiatives in the EU, and is divided between borders and visas, and police issues.

The ISF has a €3.8 billion budget, of which counter terrorism is only a small part. More accurately, the ‘ISF-Police’ component of the ISF is aimed at ensuring security in the EU, including counter terrorism as one of its prominent components. This instrument has a budget of €1,004 million (€662 million through shared management, where actions are carried out by the Member States, and €342 million through direct management by the Commission).

However, it is not solely through the ISF that the EU is spending on counter terror. Elsewhere, the Commission made €1.4 billion available for security research under the Seventh Framework Programme for Research (FP7) between 2007-13. The aims of the projects funding included the development of technologies and knowledge to enhance security against terrorist threats.

Countering budgetary criticism
Over the years, the EU has set up new budget lines to promote studies and measures to enhance security. During the budgetary procedure for the 2015 budget, for instance, Parliament proposed, and secured, a €10 million increase for activities aimed at combating cross-border crime; an additional €20 million in reserve for Frontex; as well as additional posts for Europol.

Nonetheless, the EU’s handling of recent counter terror activities has not been without ardent criticism. There remains continuous debate as how to best improve the EU response to terrorism. Proposals for amendments to EU counter terrorism legislation includes a call to renew the Terrorist Finance Tracking Programme and the implementation of a new Directive on Money Laundering.

A number of further proposals to amend the EU counter terrorism strategy are listed in the resolution on counter terrorism adopted by the Parliament on 11 February 2015. The resolution emphasises three points, the first of which revolves sround a review of existing law enforcement measures. A case in point is the finalisation of the EU Passenger Name Record Directive, while another is the revision of the European Arrest Warrant. A 2013 assessment found that between 2005 and 2009, almost three quarters of the incoming warrants were not executed, resulting in an estimated cost of €215 million.

Secondly, the resolution calls for the strengthening of the network of information shared about terrorism. One popular suggestion put forward in practice would be by creating a European counter-terrorism platform within Europol, to guarantee that all relevant data are shared within the EU, and not simply held by the Member State. Lastly, the resolution encourages the adoption of an external EU strategy to combat international terrorism, forged through dialogue between experts in security and development.

The four pillar strategy
Created in 2005, the EU counter terrorism strategy includes several measures to tackle terrorism, including the promotion of democracy, dialogue and good governance. This strategy is based on four pillars – prevention, protection, pursuit and response.

The first and third pillars deal with external measures, while the second and the fourth focus on internal measures. Most work has been done under the protection pillar, where most of the activities are led by the European Commission. There have also been successful actions under the prevention pillar, owing to the increased relevance of Europol and Eurojust. The pursuit and response pillars have seen less activity.

The prevention pillar’s main goal is to prevent terrorism by identifying and countering methods from recruiting new terrorists, seen most recently in European conversion to Islam. An investigative study by the Nixon Centre revealed that, of the 373 Muslim terrorists arrested in Europe and the US between 1993 and 2004, 41 per cent were Western nationals. Since 2013, the ‘foreign fighters’ issue, those individuals who convert for ideological reasons, is a top priority for EU action under the prevention pillar.

Under the first pillar, the EU not only coordinates national policies, but also helps to disseminate best practice and knowledge across Member States. Among the measures included under the prevention pillar is the promotion of democracy and education through assistance programmes, explaining European policies to the wider world, and the fostering of inter-cultural dialogue.

The protection pillar aims to reduce the vulnerability of targets of terrorist attack and to limit the resulting impact of attack. This includes critical infrastructure protection, cyber security and the Passenger Name Record system currently being negotiated between the Commission, Council, and Parliament.

The pursuit of cooperation
The first goal of the pursuit pillar is to counter terrorism across borders, while the second is to eliminate sources of terrorist financing by carrying out inquiries, freezing assets and impeding money transfers. The European Arrest Warrant, designed to bring perpetrators to justice, also falls within this pillar.

Additionally, the fourth pillar, response, aims to enhance response management mechanisms to be used in the event of a terrorist attack in a Member State. In this case, the Commission’s contribution consists of facilitating the coordination of Member States’ operations.

While counter terrorism remains predominantly the responsibility of national policy dictatorship, its relevance on a European level has developed. The first platform for European cooperation on counter‑terrorism, known as ‘TREVI’ (Terrorisme, Radicalisme, Extrémisme et Violence internationale), was created in 1976.

Further steps towards cooperation in tackling terrorism at EU level include: the Schengen Agreement of 1985, which abolished all internal borders between participating Member States and enhanced judicial and border cooperation; the 1992 Maastricht Treaty, which reorganised justice and home affairs cooperation, including anti-terrorism efforts within a ‘third pillar’ and created the law enforcement agency Europol; the first EU Action Plan to fight terrorism, which in 2001 established a European Arrest Warrant and provided for a common definition of terrorist offences; the appointment of the EU’s first Counter-Terrorism Coordinator (Gijs De Vries in 2004); and, finally, the adoption of the first overall counter-terrorism strategy in 2005.