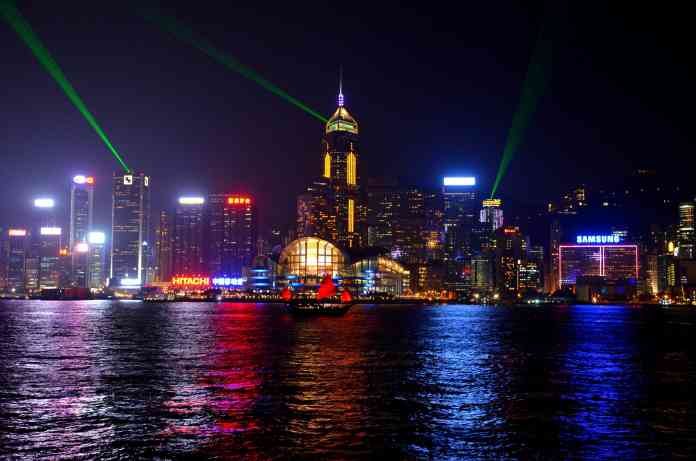 Claiming that the city had become ‘shrouded in the shadow of violence’, Lee pointed to a rise in protests after the government in Beijing proposed a security law that would radically change Hong Kong's unique status, which opponents argue is a direct attempt to limit freedoms and silence critics.

China's Foreign Minister, Wang Yi, said the legislation, which would ban ‘treason, secession, sedition and subversion’, should be brought in without the slightest delay.

Taiwan's President Tsai Ing-wen has offered her support to Hong Kong residents, warning Beijing against using ‘bullets and repression’ in the semi-autonomous territory. Relations between China and Taiwan are already tense, because Beijing sees the island as a breakaway province, but many Taiwanese want a separate nation.

Lee said that in the past year ‘the violence in Hong Kong has been escalating, with many cases involving explosives and genuine firearms’. He pointed to the 180 arrests made at the weekend after police were forced to fire tear gas and water cannon at demonstrators who marched through the city centre to protest against the bill.

Commissioner of Police Chris Tang also welcomed the bill, saying weapons and explosives seized from protesters showed Hong Kong was ‘at the risk point of national security and there is a need to take effective measures to prevent the situation from deteriorating’.