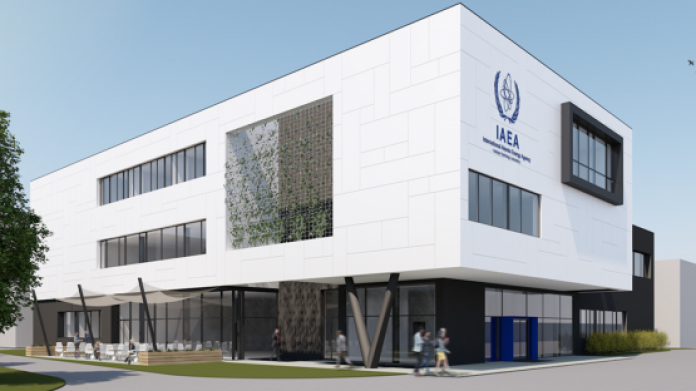 The Director General of the International Atomic Energy Agency (IAEA), Rafael Mariano Grossi, has broke ground for a new facility that will help strengthen countries’ abilities to tackle nuclear terrorism in areas such as the illegal trafficking of nuclear material and the physical protection of facilities and major public events.

The IAEA Nuclear Security Training and Demonstration Centre will be located at the IAEA facility in Seibersdorf, south of Vienna, Austria, and is scheduled to be operational in 2023. The construction of the Centre was marked with a groundbreaking ceremony today attended by Director General Grossi and Member State representatives.

The Agency has been offering training in nuclear security since the early 1970s. Requests for such training, however, have increased in recent years due, in particular, to the 2016 entry into force of the Amendment of the Convention on the Physical Protection of Nuclear Material (CPPNM) – the most significant international legal instrument in the fight against nuclear terrorism. In addition, the need to support Member States in the protection of nuclear material has become greater as more countries embark on nuclear power programmes or start construction of research reactors.

The Centre will provide more than 2,000 square meters of specialized technical infrastructure and equipment. Hands-on training will be conducted on demonstration systems and virtual reality environments. These platforms will emulate security systems used at nuclear power plants, research reactors and border crossings. Participants will practice procedures on access and alarm controls, inspect physical protection systems, better understand computer security risks, and learn how to sweep an area for radioactive material during major public events, among other activities. Exercises at the training centre will also strengthen capabilities in radiological crime scene management and nuclear forensics.

Grossi said: “This Centre will help us in supporting countries to remain ahead of the curve in guarding against nuclear terrorism. It will reinforce the central role the Agency plays in this area of international importance.”