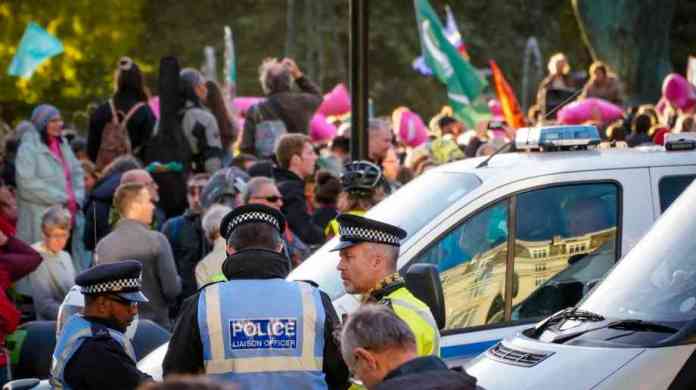 Home Secretary Priti Patel has defended the decision of counter terror police to place the Extinction Rebellion environmental protest group on a list of extremist ideologies.

Stressing that it was important to look at ‘a range of security risks’, Patel told LBC Radio that such assessment had to be ‘based in terms of risk to the public, security risks, security threats’. She did, however, accept that Extinction Rebellion was not a terrorist organisation.

The group, which has held a series of protests against the climate emergency involving blocking streets, was included in a 12-page guide produced by counter-terrorism police in the south-east titled Safeguarding Young People and Adults from Ideological Extremism, which is marked as ‘official.

A number of experts have argued that such erroneous categorisations risk the government’s already heavily-criticised Prevent programme losing confidence from communities.