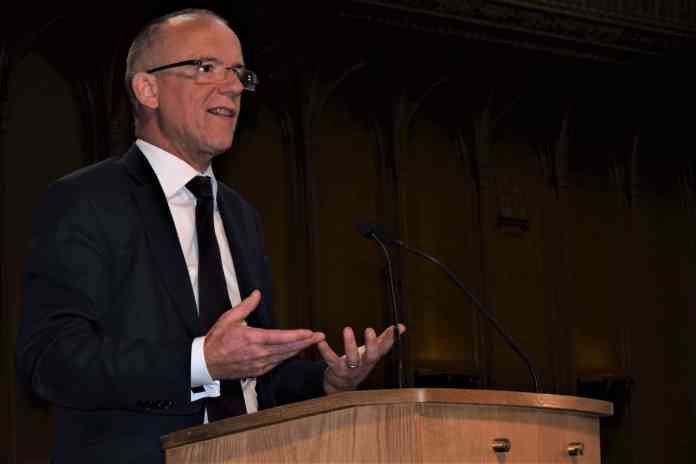 Mark Rowley has received a knighthood for his contribution to national security, as part of the 2018 Birthday Honours list.

The recently retired Assistant Commissioner, who left the Metropolitan Police in March 2018 after more than 31 years' service, led the police’s response to the 2017 terror attacks in Westminster, London Bridge and Finsbury Park, and led on developing a national plan for an attack's aftermath to address and ease community tensions, including all-faith forums and vigils.

Rowley, who also won the Outstanding Contribution to Counter Terrorism Award at this year’s inaugural Counter Terror Awards, strived for improvements to the UK counter terrorism policing model, working with French and Belgian authorities to learn lessons about strategic and tactical planning that can be adapted for different terrorist scenarios. He was a catalyst for the introduction of a significant increase in our national firearms capability and for developing Operation Temperer - military deployment to support police following major terrorist incidents.

Rowley said: "I am thrilled and deeply honoured and surprised to be knighted. Whilst it's humbling to have my leadership commended I feel that this honour also recognises both the extraordinary work done by counter terror colleagues across the country and also the brave and compassionate response of local officers to last year's incidents. It was my immense privilege to lead so many wonderful people. I loved all of my 31 years in policing - in the West Midlands, Surrey and at the Met - and most of all I want to thank my family who supported me throughout a demanding career."

Haydon played a leading role in the investigations into the terrorist attacks in Westminster, London Bridge and Finsbury Park and the Manchester Arena attack, all in 2017, as well as the terrorist attacks in Tunisia in 2015 and 2016, the 7/7 attacks in London and 9/11 where he assisted in tracing British nationals. He was also part of the security operation around the London 2012 Olympics and the Queen's Diamond Jubilee celebrations.