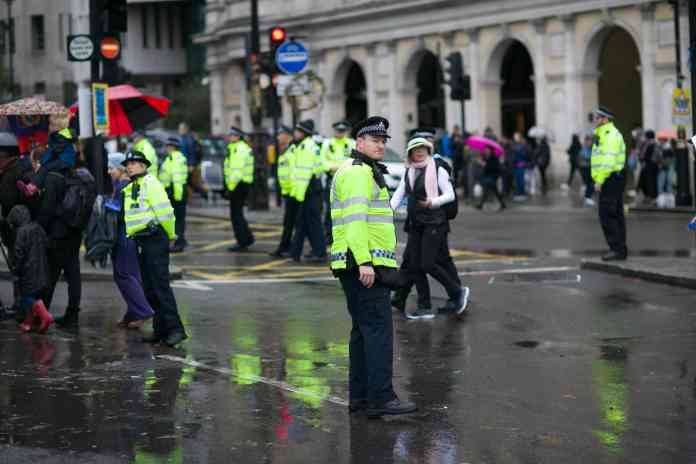 It has been reported that police in England and Wales are facing a ‘new era of austerity’ with some forces potentially facing their worst ever annual budget cuts fuelled by the coronavirus crisis.

Mayor of London Sadiq Khan is among those warning that the funding crisis endangers the government’s pledge to recruit 20,000 extra officers to fight crime and risks leaving police ‘with one hand tied behind their back’.

Police forces have spent extra money on protective equipment and computers during lockdown so officers can work from home, in addition to running a standard police service, with costs running into an estimated £100 million from March to June. They also face potential cuts in the money they get from local authorities, with one private estimate of £250 million. This is in addition to the lost income police receive from policing airports and football matches, which have been shut down because of the pandemic.

Khan is warning that the shortfall ‘could jeopardise our ability to tackle violent crime at this crucial juncture’, pointing to a £109.3 million budget reduction over the next two years. Writing to the Home Secretary Priti Patel, Khan said that there was a possibility of a ‘new era of austerity’ for police, with frontline officer numbers under threat and the danger of crime rising.

Seen by the Guardian, the letter read: “I am therefore asking you for urgent support to protect our police from a new era of austerity … to provide funding to make up for lost expenditure to stop the inevitable knock-on impact on police funding.”

“If we don’t have certainty from the government over funding now, I am concerned that we will not be able to afford the early recruitment of 600 new officers as planned. We would also need to consider recruitment freezes in staff posts across the Met, which would risk affecting core services such as the handling of 999 calls and vital intelligence and forensics services. I fear that failure to act quickly will not only put the government’s pledge to recruit 20,000 additional officers over the next three years at risk and damage services that help to tackle the root causes of crime, but will leave the police with one hand tied behind their back at the worst possible time.”