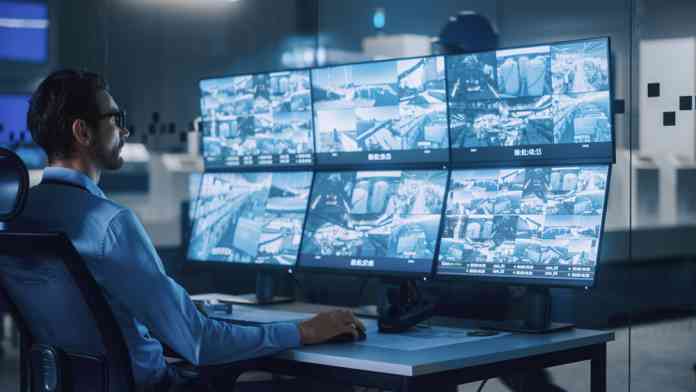 Simon Randall, CEO of Pimloc Limited looks at both sides of the video surveillance debate

When new government policy created in the aftermath of the Manchester Bombing comes into force in early 2023, publicly accessible locations (PALs) companies will have a legal duty to implement security measures that protect the public from potential terror attacks.

The “Protect Duty” legislation contains a raft of new demands and measures, including making a “watch list” of known terrorists which will be made available to businesses such as banks, airlines and hotels. The list will contain the names, dates of birth, and last known addresses of known terrorists plus, importantly, pictures of their faces. The government hasn’t stipulated how businesses should use the watch list, but it’s likely that many PAL organisations will use Live Visual Facial Recognition (LVFR) surveillance technologies.

USAGE EXAMPLES
Many English cities, and their respective police services, already make significant use of LVFR, as do PALs such as railway stations and airports, as well as other commercial and public sector organisations. However, when the Protect Duty comes into force, we can expect to see a further proliferation of video surveillance use. And, as more CCTV and other surveillance cameras are installed on business premises, more issues about personal privacy, ownership, and the right to use visual information will come under scrutiny.

Arguably, few people, if any, would disagree with measures designed to keep them, their family, and friends safe. Conversely, many, and particularly those involved in ensuring civil liberties, have raised legitimate concerns about the consequences of using live facial recognition technologies and describe them as “Orwellian surveillance” tools.

PROTECT DUTY
It is important to remember that the Protect Duty legislation was drafted after consultation with a variety of organisations, sectors and campaigners from all sectors of the British public. As such, the new regulations and recommendations provide a response to the demands - and feelings of a population who’ve experienced a significant rise in terrorist incidents in recent years.

The fact is that video surveillance is here to stay, the technologies work and have been of immense value in monitoring known terrorists and criminals as well as locating, people wanted for the most serious and violent offences.

PRIVACY
However, the debate about privacy, safety and personal rights will continue, and rightfully so. There are many key questions that must still be debated, answered, and most importantly, addressed by all parties concerned, from government and technology suppliers to law enforcement agencies, PALs and, increasingly, commercial user organisations.

Until now, the focus – and challenge – has been on policing and the public sector. But as new government legislation prompts commercial organisations to make more use of video, their practices will, and should, come under greater scrutiny.

CCTV and video surveillance have undoubted appeal for the commercial sector, especially for PALs which, particularly in the aftermath of the Manchester Bombing inquiry, the public sees as responsible for ensuring the safety of visitors, guests and concert goers. Having more video coverage means PALs, such as venues, can monitor events and, if they’re using the watch list, identify potential bad actors in real time.

Should there be even the possibility of an incident, video provides useful evidence, proves the PAL was taking every possible precaution, and can go a long way to ensuring the organisation’s reputation doesn’t take a massive public hit.

Unlike the police, government bodies and the military, most commercial companies will have neither the experience nor the in-depth understanding of the law, which is written to ensure proportionality, to make managing the delicate balance between public safety, civil and individual liberties and the organisation’s own rights, responsibilities and reputation less than tortuous!

THE BASICS
All too often, the debate has been centred on the ethics of surveillance, civil liberties and other big issues. That’s not going to get us anywhere. We need to take a step back and have a nuanced discussion about the basics, the factors that will improve management and effectiveness, at the same time as building in checks and balances that mitigate any potential risks to personal privacy risks posed by LFVR technologies.

What do I mean by the basics? I’d start by comparing the benefits of using CCTV for safety purposes against the degree to which it intrudes on individual privacy. Remember, the law dictates proportionality. Then, a step-by-step assessment of every aspect of the way in which the organisation uses, stores, manages and secures data contained on both video footage – that is faces – and the watch list database.

One of the ways in which organisations can protect the privacy of people captured on video is by facial blurring. Facial blurring technologies have been used by security and law enforcement agencies for some time because it protects people’s privacy while still allowing them to be identified. For many organisations in these sectors, anonymising faces is already an integral part of the storage process. The technology is becoming more sophisticated, with some software now capable of automatically detecting and blurring faces in images and video.

FACIAL BLURRING
The government has said that it is working with businesses and public sector organisations to implement software that can automatically blur facial images captured from CCTV, LFVR and other sources. This would mean that police, public sector services and businesses would still be able to identify individuals on their watch lists, but their identities would be protected from public view.

Using automated facial blurring allows police and security forces to focus their efforts on tracking and apprehending individuals, without having to worry about redacting video manually before it is shared which is a slow, cumbersome and expensive process.

The introduction of mechanisms such as the watch list, combined with the use of facial blurring, are just two of the ways in which the government is trying to strike a balance between security and privacy. There’s still a long way to go, and a lot of talking to be done before concerns about privacy and equality will be addressed.

Whatever differences there may be on either side of the debate, we can all agree that public safety, especially that of our children, is our paramount concern. Compromise is essential and, with technologies like facial blurring at our disposal, it is possible to find a balance between protecting an individual’s safety and their privacy.