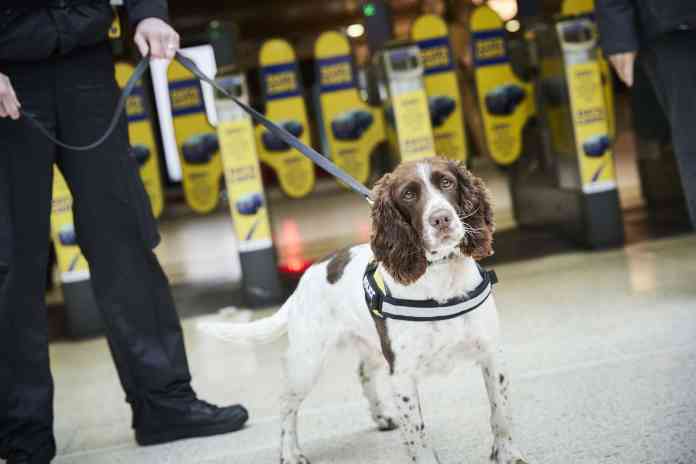 The question of search at football grounds

Official Home Office statistics for England and Wales for the 2015/2016 season saw a total of 1,895 football related arrests, a one per cent increase on the previous season. Of the 1,895 arrested across all divisions the three most common offences were public order (31 per cent), alcohol (20 per cent) and violent disorder (19 per cent), it is interesting that it was the Championship that had the overall highest number of offenders with 470, with the Premier League second with 431 offenders.

Arrests for possession of pyrotechnics, such as flares, have shown a large increase over the last five seasons from 32 arrests in 2011/2012 to 141 arrests in 2015/2016. In light of recent atrocities across Europe in the last few years, the searching of spectators entering sporting venues has increased considerably and has become more imperative at football grounds since the Stade de France bomb in Paris, on November 2015.

It is well established that a trained detection dog has the capability to detect the presence of a variety of identified target scents, such as explosives, drugs, and pyrotechnics. Whilst it is accepted that a dog will indicate on pyrotechnic substances contained within most fireworks and flares it is acknowledged that there may be some difficulty in identifying pyrotechnic substances when hermetically sealed in protective propulsion canisters/tubes such as certain marine flares.

Pyrotechnic detection dogs
Therefore, because of this difficulty in detecting some flares, it is recommend that the use of a pyrotechnic detection dog is a supplement to a physical search strategy rather than the prime focus of the search procedure. Currently the National Association of Security Dog Users (NASDU) offers a suite of Detection Dog Handler qualifications at Level 3, which are endorsed by the awarding organisation HABC, who are regulated by OFQUAL and acknowledged by the SIA. A handler achieving this qualification, and in particular the Pyrotechnic Detection Dog pathway, would also be awarded a team certificate for both them and their dog. This has a 12 month expiry and confirms compliance regarding the training recommended in BS 8517 Part 2. It is this qualification and subsequent team certification that end users, whether it is the football club direct or through a security provider, should be insisting on.

Whilst it is recommended that sometimes dogs are dual trained in both drugs and pyrotechnics it is recommended that companies and handlers deploying dual disciplined dogs should ensure the end user is aware of the dogs capabilities prior to deployment. For example, a dog deployed as a pyrotechnic dog and also trained for drugs will inevitably give a large number of false positive indications, as the possession of drugs by supporters is going to be more prevalent within a crowd than those carrying pyrotechnics and as such search teams may and will be tied up for greater periods screening individuals for drugs.

The UK government regulator, the Sports Ground Safety Authority (SGSA), is currently working with the National Counter Terrorism Office (NACTSO) to produce safety guidance for sports ground operators and, whilst this guidance is predominantly aimed at anti-terrorism, much guidance could be applied to pyrotechnic searching such as where does a venue occupier carry out its physical search.

Should there be a proactive search prior to occupation? A passive search during occupation? A passive search at point of entry at the turnstile? A passive search at perimeter of premises? Or even on the public highway? The SGSA has also identified that searching at point of entry, such as at the turnstiles, will undoubtedly slow down entry into grounds. Therefore grounds should look at: advertising security entry requirements prior to event; communication to spectators regarding delays at point of entry; increasing entry and arrive times; increasing the search resource potential (i.e. number of security personnel/detection dogs) plus those required to respond to a positive indication; and increasing the use of technology (i.e. x-ray detectors) and again those required to respond to a potential positive indication.

Detection dog usage
Detection dog work has increased significantly over the past decade. Along with this, so has the knowledge and expectations of end users/clients. In the late 1990s early 2000s, clients had very limited knowledge of capabilities and limitations of a detection dog. Over time both the private security industry and uniformed services have worked tirelessly to educate end users and improve the standards of the capability to provide a service that is not only extremely well executed but also meets the requirements of our current climate.

The science behind ‘how detection dogs work’ has also developed which has enabled all trainers and clients alike to understand the capabilities canine can offer. This will be most recently portrayed in the new BS8517:2 and NASDU assessment criteria. We believe the key drivers for demand are a mixture of commercial viability and illegal activity being thrust upon our country.

Commercially it makes sense to employ a detection dog due to their immense sensing ability; they have no preconception of areas or individuals which allows all searches to be carried out with the same vigour and intent. A detection dog, or any service dog for that matter, will carry out the role where in other circumstance a number of pre trained search individuals or security officers would have to be employed. As you will understand this will be a large financial saving to an end user.

We also feel that having dogs deployed in high populated areas (football stadiums, concerts, shopping centres) offers assurance to members of the public that their safety matters. This is a method that has been used in the US for many years. Although this is a very fixed opinion we do see spikes in the requirement of EDDs when threat level changes in the UK. End users are very much of the opinion of that ‘prevention is better than cure’.