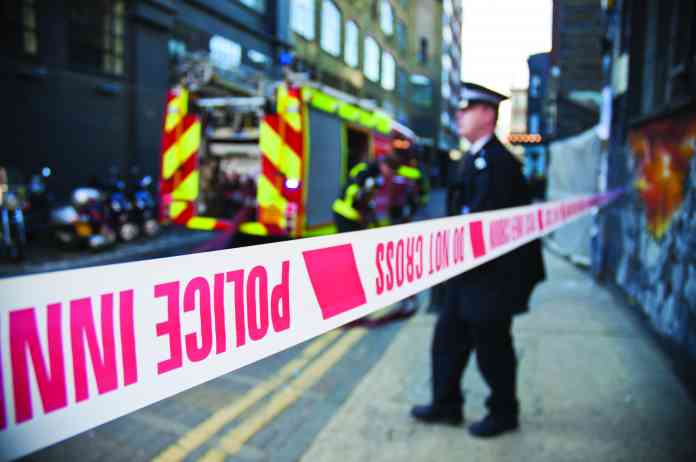 Training the public on how to respond to a terrorist attack can make the difference between mass fatalities and small casualties. in light of this, Counter Terror Business analyses the current offering of counter terror training in the UK, and how it can be provided to a wider audience

The worrying rise in terrorist activity over the last few years, provoked by the international prominence of terrorist groups such as Islamic State, Al-Qaeda and Boko Haram, has meant that the need for counter terrorist training has become more desirable and distinguished. With a number of high profile terrorist attacks being organised at large events, where crowded places cause maximum fatality rates, the UK government and police force have been keen to train UK workers to get terror response training.

Last April, following the terror attacks in Brussels and Paris at the end of 2015, the National Police Chiefs Council announced plans to provide training to over one million people who work in crowded places in the UK in how to deal with a possible terrorist attack. Under the premise that everyone will need to play a part in keeping the public alert, the initiative saw an extension to Project Griffin that allows existing trainers at companies to pass on police training and advice to colleagues.

Project Griffin, developed by the City of London Police and introduced in central London in April 2004, aims to advise and familiarise managers, security officers and employees of public and private sector organisations across the capital on security and counter terrorism issues.

Additionally, in the case of April 2016, the initiative targeted public limited companies based in busy city centres and those in the entertainment, sports and retail sectors.

Detective Chief Superintendent Scott Wilson said at the time: “We need everyone to play a part in keeping the public alert, not alarmed. Police can help explain what the threats and risks to different sectors are, but companies are better placed to explain to staff exactly what action they can take to enhance their security and how to respond if the worst happens.

“Individual organisations have vital protective security information such as building layouts, security equipment and safety procedures. They have the local knowledge that could be vital to keeping staff and the public safe.”

Such emphasis on training was carried out in several locations across the UK last year. A training exercise to test the response of police and partners to a terrorist attack was held in Canary Wharf on 28 November, following Scotland Yard officials announcing that it will continue deploying counter terror police spotters across the capital to foil planned attacks.

This followed a similar exercise in Carmarthenshire in June 2016, whereby South Wales and Dyfed-Powys Police conducted a two-day exercise, which included blank gun fire and simulated explosions, to mirror the events of Paris and Brussels.

On 5 December 2016, the Security Industry Authority launched a counter terrorism initiative with the Scottish Business Resilience Centre and Police Scotland, which emphasised the importance of initiatives like and Project Griffin and Project Argus, which encourages business preparedness for a terrorist attack. Similarly, the Hereford Business Improvement District is working in partnership with Warwickshire and West Midlands Police to provide a range of free courses and seminars aimed at helping businesses be prepared for a terrorist attack.

London's The O2 Arena increased its security measures last year with a number of visible and invisible tools, including airport-style security scanners and metal detector wands. However, as one of the largest venues in the country, Henig argues that it can afford to ‘have very well-trained security personnel’ and the financial capability to ‘top up this training regularly’.

More recently, Manchester United Football Club, considered by most as the largest and most prominent sporting team in the UK, as well as Europe, appointed a full-time counter-terrorism manager, a first for a sports club in the UK. With the potential for the Theatre of Dreams to become the Theatre of Nightmares, the club, now top of Deloitte rich list, has now hired a former inspector from Greater Manchester Police's specialist search unit.

As a stadium, Old Trafford boasts a reasonable security outlay, with every stadium window covered on clear anti-shatter film in case of an explosion and full body searches and car searches at every home games. However, there have been two significant security breaches at Old Trafford in the past 12 months, including a well publicised fake bomb discovery hours before kick-off against Bournemouth on 15 May and two supporters spending the night in the stadium without detection after evading Old Trafford security by hiding in the stadium toilets before November’s match against Arsenal. Despite the ridicule these situations provoked, the seriousness of the matter should not be overlooked and the actions of Manchester United downplayed. The fake bomb resulted in a full stadium evacuation and the postpone of a match, which are the consequences that would be expected and that security personnel would have to be trained for.

However, as Henig pointed out in her Victoria Derbyshire programme interview, there remain questions over the intentions and mindset of smaller venues, who are less able to spend large sums of money to ensure the highest quality security and security training. They are also likely to have less emergency exits, less corridors, stairways and general routes away from the venue. This means that communication and evacuation planning are firmly set in the planning process of the event and that all staff, regardless of their job role, are aware and adequately trained to help move people away from danger if an attack occurs.

The biggest dilemma facing anyone responsible for an evacuation plan is how to judge where the safest place might be. For example, if an evacuation route takes people past a suspect device outside your building, or through an area believed to be contaminated, external evacuation may not be the best course of action. An appropriate plan may include full or partial evacuation outside the event area or building, or full or partial evacuation to an internal safe area, such as a protected space. In some cases the evacuation may include all staff apart from designated searchers. It is important that evacuation instructions must be clearly communicated to staff and routes and exits must be
well defined.

More information on the significance of counter terrorist security at major events can be found in Counter Terror Business’ Major Event market report for the Security & Counter Terror Expo. This report can be read on page 37.

Aiding public response awareness
With security services say a UK terror attack is still highly likely, leading military and civilian medics have urged for essential life saving skills to be taught to relevant staff and the public because, in the event of a terrorist attack, it could take some time before it is deemed safe for paramedics to arrive on the scene.

CitizenAID is an app that details how best to deal with injuries in the immediate aftermath of a mass shooting or bombing incident, including instructions on how to treat severe bleeding, which remains one of the major causes of death in these scenarios.

Walking app owners through packing, putting pressure on and elevating a wound, the programme also explains how to prioritise those who need treatment first and what to tell the emergency services once they arrive.

Richard Harding, chief inspector of the National Counter Terrorism Security Office, told the BBC: "One of the challenges we have is that when a serious incident, particularly a terrorist incident occurs, the first responders from a police perspective to a terrorist incident will inevitably be trying to deal with the people causing the threat.

"They won't have time to deal with the people who are injured and that gap is vital to saving people's lives. So we are really interested in the concept of CitizenAID. It allows the public and people involved in very rare incidents like this to help themselves and help others and their loved ones survive the situation."

Sue Killen, of St John Ambulance, added: "First aid can be the difference between life and death. Knowing basic first aid in a terror attack or in an everyday emergency at home or in the community, will give you more confidence to deal with a crisis. First aid is easy to learn and our first aid techniques cover a wide range of injuries that could occur in a terrorist incident including severe bleeding, crush injuries and shock.”