When sentence was handed down in early September on Abdulla Ahmed Ali, Assad Sarwar and Tanvir Hussain for their part in the so-called airliner bomb plot, the convictions brought sharp focus once again on airport security and particularly the ability of the systems in place at airports today to accurately detect and classify Liquid, Aerosol and Gel (LAGs) products as safe for carriage by air or otherwise.

Despite the passage of time since the plot first appeared on the counter-terrorism radar screen, no solution to this somewhat important question has been deployed yet. Consequently, the restrictions foisted on travellers in respect of what they can and cannot take aboard an airliner in their hand luggage remain in force. With the temporary European Union legislation governing these restrictions set to expire next year and no clear guidance as yet forthcoming on the issue, airports are becoming increasingly frustrated with the apparent lack of progress being made at the regulatory level.

Slow progress
The EU in consort with the European Civil Aviation Conference (ECAC) says it remains confident that a range of viable technologies ready for deployment at airports will have been identified before the end of this year. However, anecdotal reports that the joint EU/ECAC programme is badly managed and in disarray, have done nothing to allay fears within the airport community that much needed guidance is still a distant maybe.

These fears have turned out to be well founded. In early October the European Commission announced its decision to extend the LAG restrictions beyond expiry of the current temporary legislation. The announcement reflects delays that have crept into the hardware testing programme.

ECAC has been tasked with technical preparations and has been working closely with key security system vendors to ensure the availability of hardware complying with EU standards required to allow an easing if not a lifting of the carry-on restrictions. ECAC has benefited from significant input from regulators in the United Kingdom, France, Germany and the Netherlands. Nevertheless, the problem presented by liquid explosives is said to have proven difficult, and the only general guidance currently available is that deployed solutions must fit into one of four type categories.

These categories are as follows:

Airports have their sights set on a type D solution and have warned regulators that costly interim solutions are not acceptable in the current financial climate. But type D hardware is not presently available, prompting regulators to focus their efforts on type C equipment for primary screening with at least one other equipment type used for secondary alarm resolution.

The European Commission presented its proposal on LAGS at the EU Council of Ministers meeting in Luxembourg on 9 October. It proposes a phased lifting of the ban over the next five years and to the following timetable:

The proposal has thus far been met with a mixed response and formal conclusions are not expected before the Transport Council meets in December.

All airport x-ray equipment can readily identify the presence of a bottle or other similar container in a bag. The emergence of the airliner bomb plot has presented security system manufacturers with the challenge of determining whether the content of that bottle or container is benign or otherwise. Whilst this challenge has been seemingly insurmountable for mainstream hardware vendors, the same cannot be said for others.

Level of confidence
X-ray imaging in and of itself does not deliver the level of confidence required to begin lifting the LAGs restrictions. What is required is a means to verify that the content of a container is that stated on the label and a means of analysis and classification where doubt exists. Numerous companies have developed methods to achieve compliance and amongst them the principal leaders in the field are Kromek Limited in the United Kingdom, Optosecurity Inc., from Canada and, until recently, the Chinese firm of NucTech.

The company has been in the media spotlight with its Bottle Scanner product. This highly capable device scans individual containers in a matter of seconds and generates an unequivocal pass or fail result to the operator. The device meets with EU and US standards and falls into the type C category of advanced screening equipment.

“Bottle Scanner has been developed to meet specific needs of airport security, port and border protection agencies. Twin operating modes allow end users to compare the content of a bottle against its multi spectral signature to quickly determine whether that content is benign or not and conduct rapid classification of hazardous liquids, aerosols and gels against a secure customer-specified database. The unit can therefore be deployed as both a threat mitigation tool and as means of narcotic and counterfeit product detection,” comments Nigel Day, commercial director, Kromek Limited.

Kromek’s solution is ideally suited as a primary screening solution in lower volume applications (transit duty-free, family and staff security channel screening at airports) and especially as a means of secondary alarm resolution in which its highly accurate analysis capability comes into its own in delivering a level of safety assurance hitherto unavailable.

The company also manufactures a desktop 311+ Scanner designed specifically to screen 100 ml containers contained in the clear plastic bags we’ve all become so familiar with producing at airport security. The 311+ Scanner has been developed to enable airports to rapidly determine whether any threat items are present within these plastic bags, and identification is accomplished by means of multi spectral analysis of x-rays using a combination of Kromek detectors and the proprietary ADMIT algorithm.

Checkpoint screening
In the in-line sphere a solution presented by OptoSecurity Inc. is also a leading contender given that detection is accomplished whilst passenger baggage is in the x-ray chamber. The company has expended considerable time in ensuring its OptoScreener solution can be interfaced seamlessly with the existing mainstream legacy x-ray vendor products and deliver value added detection capability to the latest mainstream hardware being offered in the marketplace.

“The current generation of in-line checkpoint screening technology must evolve to meet the threats faced now and in the future. We believe that the OptoScreener product delivers that evolutionary step forward in checkpoint screening capability much needed in the airport environment and which provides a level of assurance presently unavailable that what goes in the passenger cabin is safe for carriage. OptoScreener delivers liquid, aerosol and gel explosive as well as other weapons detection capability in-line and in real-time today,” says Eric Bergeron, President and CEO, OptoSecurity Inc.

OptoScreener again falls into the type C category and meets both EU and US operational requirements as either a standalone or integrated solution to the aviation security conundrum faced.

Possible spin-off opportunities presented by this technology include the ability to strip layers from screened cabin baggage in such a way as to leave potential threat items hanging in virtual space. This presents the ability to remove laptops from bags or the person from a body scan in the virtual sense and would help to speed up processing of passengers and obviate privacy issues.

NucTech had been a prime contender in the supply of advanced LAG screening technology until recently with its LS8016 Liquid Security Inspection. NucTech signed a contract with HM Revenue & Customs in 2006 to supply its machines to British ports. It also held talks with BAA plc over possible deployment of its hardware solution in the airport environment but no deal is understood to have been reached.

However, the company is now mired in the controversy of an extensive and far reaching EC investigation into allegations that it has been plying prospective customers with Chinese Government backed soft loans to purchase its equipment to a degree that precludes free and open competition in the marketplace.

The EU investigation coincides with another investigation into alleged corruption in Namibia, which also allegedly received a soft loan from China in order to buy NucTech machines. The company was also recently probed in the Philippines after winning an airport security contract before it had been put to public tender.

Airports trial underway
Two of the three systems described in this article are undergoing trial deployment at UK airports and results will help to define UK policy in respect of the eventual EU mandated requirement to meet current and future threats faced.

Both technology solutions under trial deliver a viable solution to eventual EU mandated airport compliance as well as an evolutionary and cost effective path to type D capability at UK airports over time. Operational trials are one thing but active deployment is quite another though.

Should the trials be successful (and there is every reason to expect they will be), it is incumbent upon government to ensure that appropriate conditions exist to encourage airports to deploy such hardware, thus elevating the UK to the position it once held as the leader in advanced airport security solutions. 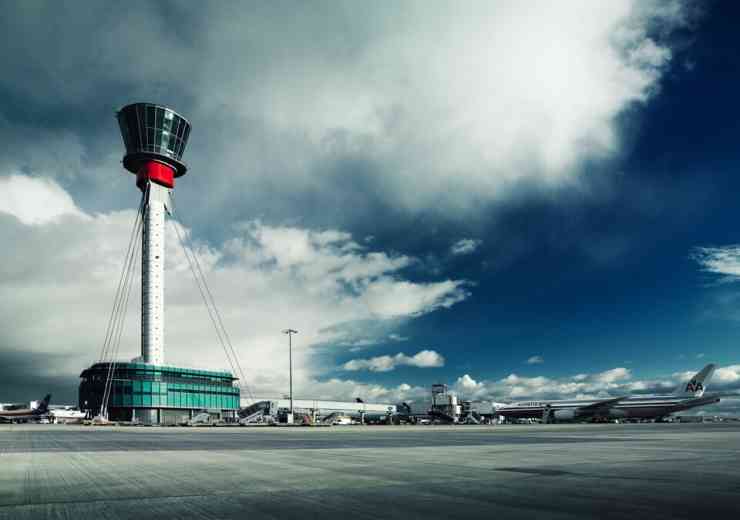