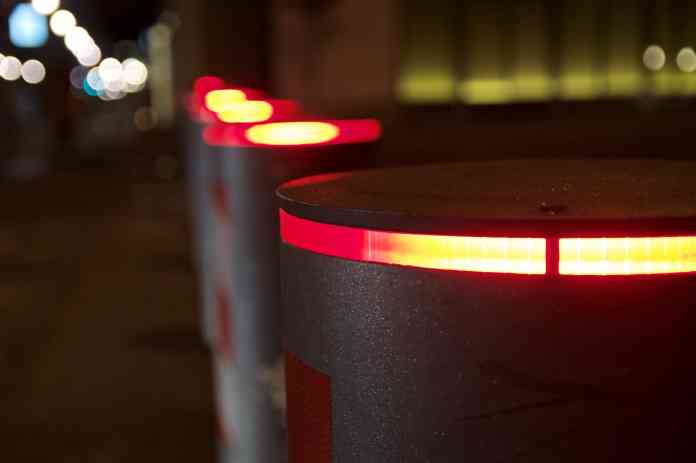 The numbers of terror suspects, numbers of individuals returning from fighting with Daesh or Al Qaeda in Iraq and Syria and numbers of individuals who are an active threat has been widely reported over the past year. Maintaining a database of 20,000 on a watchlist, keeping more than a weather eye on 3,000 active terror suspects, maintaining 650 active investigations and knowing buried in your statistics are some 450 returned foreign fighters, this is no mean feat.

With the terrorists only having to be successful once, the pressure on the security service and counter terror policing community is immense; and what a credit to their work with 2018 not suffering in the same way 2017 did. However, what are already stretched resources have been hit with another priority, further diluting the counter terror effort.

That other priority is the need to redirect resources that were taken from counter espionage at the end of the Cold War to focus on counter terror, back to counter espionage to deal with the Russian and other hostile intelligence services operating in the UK, and the trigger for that was the attempted assassination of the former Russian GRU Colonel, Sergei Skripal, in Salisbury in March of this year.

Once again good old-fashioned counter espionage, once the core of MI5 activity, was back on the priority list. Speaking to one MI5 Officer very recently he said that the pressure in dealing with both situations had them ‘beyond breaking point’.

Changing priorities, better use of scarce resources, improving public private partnership, exploiting innovation and technology are all themes at this year’s free to attend International Security Expo being held on 28-29 November at Olympia in London.

The Designing Out Terrorism conference that follows on from this year’s Safer Cities Summit will pull lessons that will hopefully lead to some ideas to ease the pressure on stretched organisations.

An example of one of the potential discussion points between police and mayoral representatives from London, Glasgow, Cardiff, Birmingham, Belfast, Manchester and Salisbury at the Safer Cities Summit will be to understand how in Northern Ireland there has been on average one terror incident every four days since the signing of the Good Friday Agreement, yet we hear very little about it nationally, so how do the PSNI just get on with it? How does business and the community cope with the disruption and how do the PSNI and local authorities work together to minimise disruption?

There must be lessons that can be used to reduce the amount of publicity given to terror incidents in Great Britain and the disruption caused and therefore the pressure on resources.  However, Salisbury will have a clear view given the disruption the Novichok incident has caused. An 80% reduction on visitor footfall since March has had a massive impact on the local economy, but what are the implications for a similar incident in London, Birmingham, Manchester or any of our cities?

The International Security Expo, formerly the UK Security Expo, changed its name to reflect what the event is all about and that is bringing an international audience to London to share best practice, get updated on new thinking, processes and technologies and to come together as a community that’s sole purpose is to keep us a little bit safer.

Reflecting an element of the international feel, Dr John Coyne from the Australian Strategic Policy Institute (ASPI) who is a renowned global expert in Border security, strategic intelligence, transnational and serious organised crime will be a keynote speaker at the Expo both at Lord Wests lunch and in the Aviation and Border Conference.

In one of his recent articles, entitled ‘Weapons of Mass (Economic) Destruction’, he says: “The threat of terrorism and weapons of mass destruction remains as real now as when the term was first used in 1937. Today in Australia the greatest potential for harm is the threat of the deliberate use of chemicals or biological materials as weapons particularly in the agricultural sector.” This could apply anywhere!

Designing Out Terrorism
This year’s event has built on the phenomenal success we had last year and as mentioned kicks off again with the Safer Cities Summit with the focus this time being on UK cities. Following the Safer Cities Summit will be the Designing Out Terrorism conference, and this will kick off with a fascinating briefing from Rich Stevens, deputy director for Global Security (EMEA) with EY looking at the role of security Intelligence in setting the scene for wider security planning. It will tease out some of the processes you should go through to identify risks and threats and put them into mitigation context. It is the old saying, if there is no threat, why have a lock on the door?

Peter Jones, the CEO of Nineteen events who deliver the expo, has the philosophy of making a difference and as an event organiser the best way he has found to do that is by delivering a platform that highlights innovation, enables the sharing of best practice, allows greater understanding between the public and private sectors and delivers some outstanding networking opportunities.

This personal approach to adding value highlights the importance people are within the wider security arena. However, as we all know dealing with people are the greatest challenge. To try and give a flavour for how to read people a little better, in the Aviation and Borders conference we have a fascinating speaker, Darren Stanton. Darren, an ex-police officer who has worked in prison psychology, is now described in the press and on television as The Human Lie Detector.

Darren will give his tips for border staff to look for as they are talking to people as they seek entry into the country.  His skills are equally applicable to anyone who has to interact with people. He is not just a body language expert, he looks for what he describes as ‘tells’ and these are micro indications, they could be body language related, or the way someone puts a sentence together or the way they move when they talk and can interpret when people are telling the truth or are trying to hide something.

Critical to making a difference is looking after the next generation and the Security Institute have decided to launch their fantastic ‘Next Generation’ initiative where a group of 50 secondary school age children, including Volunteer Police Cadets, will receive a guided tour of the show with the aim of demonstrating all the disciplines and diversity that the security sector can offer.

Live demonstrations
There are 13 different conferences over the two days delivering 55 hours of CDP training with over 350 exhibitors displaying and launching over 1,000 products and a huge new and completely innovative feature showcasing how to best protect our urban spaces. The exciting new feature will take centre stage at the show, focusing on large scale threats and the protection of people & buildings in the ‘public realm’. The area will be split into two scenes; a landscaped plaza to the left and a park setting to the right. Each will provide an open space for live demonstrations and allow visitors to step into the demonstrator to experience a variety of physical security equipment and innovative technologies first hand in real life context.

The demonstrator will showcase the best in permeant and rapidly deployable physical security products and innovative technologies. Over 30 products and technologies will be on display from perimeter fencing, street furniture, cycle rack, bollards, street lighting, high security gates, biometric technologies, planters, CCTV, mass screening cameras, under vehicle screening and video analytics. Alongside the feature will be a Command & Control Room where the feeds from the technologies on the demonstrator including CCTV, surveillance, biometrics, mass screening, intrusion sensors and crisis management apps will be on display on a live video walls and terminals. Visitors to this area will be able to integrate the information and learn about how to use this in the decision-making process when dealing with threat. In addition, the feature will form the environment for several interactive scenarios, offering a realistic back drop to visitors to the area, where you can experience several demonstrations focusing on: how can you protect an urban area from a marauding gun-man attack or suicide bomber? How can you prevent a vehicle from being used as a weapon of mass destruction, or identify a terrorist conducting a reconnaissance prior to an attack?; Protestor management and removal; accurate and rapid identification of individuals; and mass screening for individuals for concealed threat items.

There are a number of country pavilions including USA, Canada, India, China, Australia and an EU Pavilion complementing the different zones that include a live demonstration area, our Drone Zone and Government Agency and Department Zone, Cyber, Intelligence and Information Security Zone, LPCB Zone where you can see things being smashed up and so much more.

In addition to the zones there will be at least 50 international delegations attending from all corners of the globe. These are being coordinated through the government Department of International Trade, Defence and Security Organisation (DIT DSO). The international interest shows that the UK is still seen as a source of leading capabilities and products for the security industry but also as the source of best practice processes and procedures. 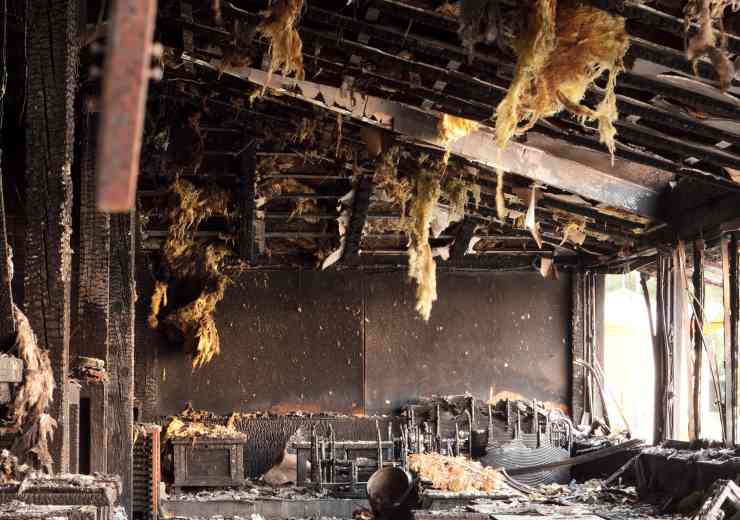 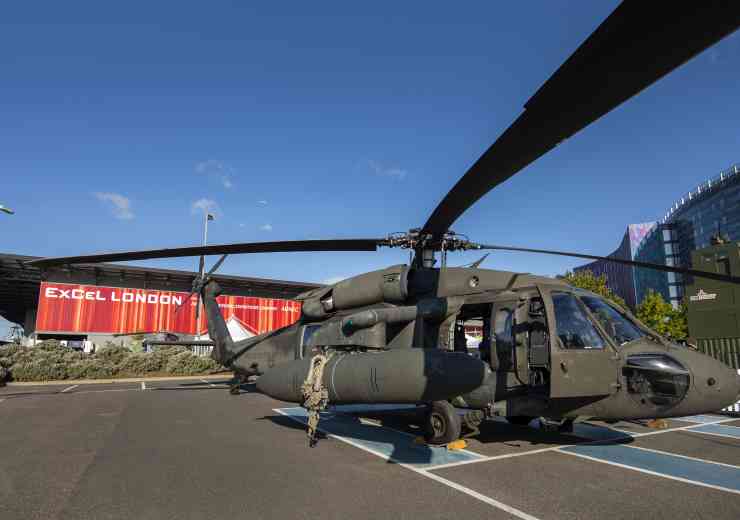 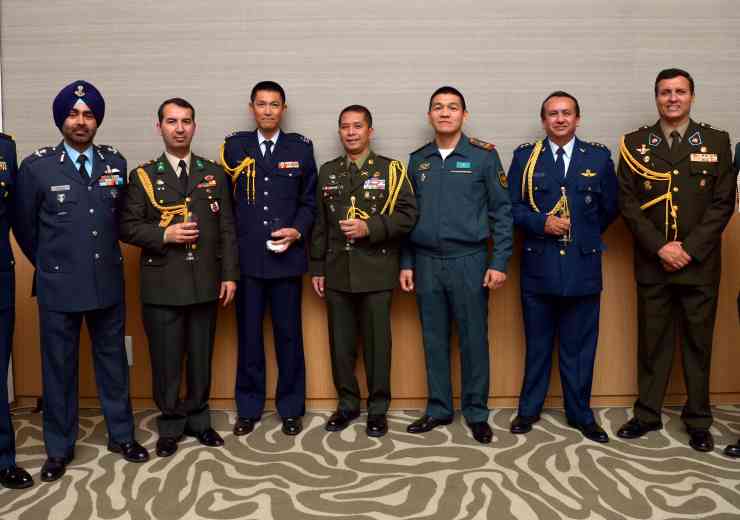 Interoperability between defence and security 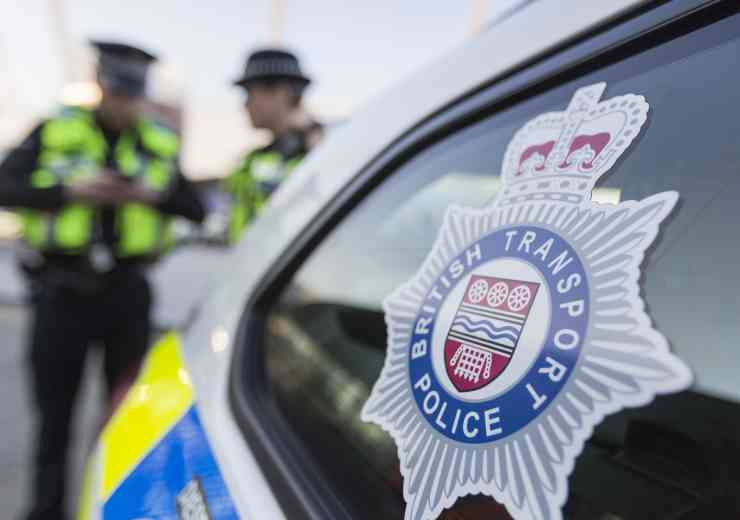