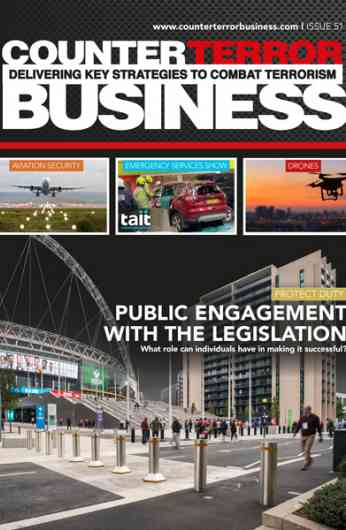 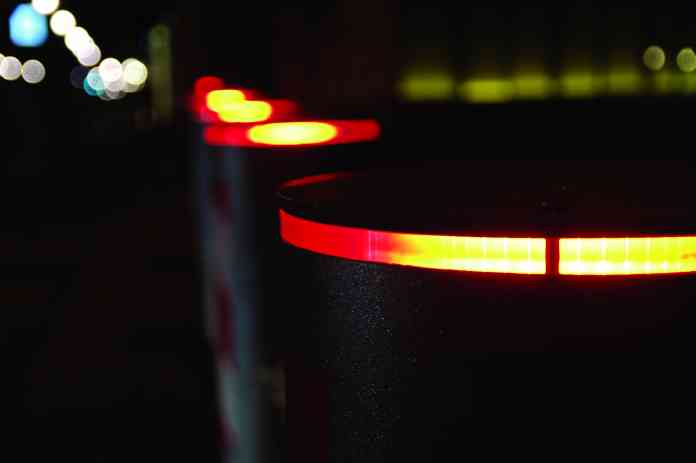 Have I got a problem at my location?

Since the 2016 Nice lorry attack, there have been similar attacks in Berlin, London and Barcelona. Simon Towers, chairman of the Perimeter Security Suppliers Association, examines the threat of vehicles as a weapon for terrorism, and how perimeter security products can aid against the threat

We have seen a dramatic increase in the use of vehicles as a terrorist weapon since 2016. Virtually any location with a reasonable density of people on foot has become a potential target for such attacks and those that have taken place have been with a variety of vehicles used as the weapon (VAW). Since the June 2016 lorry attack on pedestrians in Nice there have been VAW attacks at a Berlin Christmas market, Westminster, London Bridge, Stockholm, and Las Ramblas in Barcelona. These are examples rather than an exhaustive list but they alone represent 130 deaths and over 700 injuries.

Have I got a problem?
In recent times we have experienced a significant increase in the number of calls into the PSSA office from people and organisations trying to assess whether or not they have a potential problem with VAW and, if so, where they can get help in addressing the problem.

The Perimeter Security Suppliers Association (PSSA) viewpoint on this is that the current threat level for both international and Northern Ireland related terrorism in the UK is SEVERE, which, as defined by the UK security services, means a terror attack of some description is highly likely. As illustrated, a common theme in a number of the most recent terror attacks, launched both here in the UK and elsewhere in Europe, has been the use of commonly available VAW. We believe it is clear, therefore, that as a nation we currently face a daily threat of terrorist action on our shores and that we should anticipate the use of vehicles as part of the future threat. Anyone responsible for safety and/or security of premises or an event location has a clear duty of care. Therefore, in the current climate of heightened security awareness, should be considering the extent to which vehicle or vehicle borne terrorist attacks may be a realistic threat to the people or premises that they are seeking to protect.

Assessing the problem
It can sometimes be very easy to do a too superficial assessment of hostile vehicle issues that may be faced by a particular location or event and then jump straight to the product selection stage. This in turn can lead to a product solution that is not necessarily the best available or one that is more expensive than necessary, or both. PSSA advocates spending an appropriate amount of effort in properly assessing the possible threat and in identifying the operational requirements of a location. Help is available in this regard from a number of sources including the National Counter Terrorism Security Office (NaCTSO), Police Counter Terrorism Security Advisors (CTSAs), the website of the Centre for the Protection of National Infrastructure (CPNI) - as well as specialist private sector security consultants.

NaCTSO is the police unit that supports the 'protect and prepare' strands of the government’s counter terrorism strategy. It has produced an excellent updated Crowded Places guidance document that provides plenty of help and advice for all sorts of locations, and can be downloaded from the NaCTSO website. NaCTSO also supports a network of circa 190 CTSAs who work within local police forces as officers and staff whose primary role is to provide more local help. They offer advice and guidance on all aspects of counter terrorism protective security and we regularly recommend organisations who are seeking assistance to contact their local CTSA.

A further new online source of help and information about hostile vehicle mitigation is being launched in March 2018. The HVMhub initiative has been developed by the PSSA with the support of the Joint Security and Resilience Centre (JSaRC, a division of the Home Office) in direct response to the increased threat of VAW and will include a host of information including threat risk assessment and operational requirement guidance, solution considerations, product options, testing standards explanations, spec writing and installer selection tips, links to other reputable sources of information, and relevant downloadable documents. Relevant parties will also be able to gain access to the HVMhub Continuous Professional Development (CPD) seminar programme whereby PSSA trained presenters can attend at your premises to present the latest industry information on a variety of hostile vehicle mitigation topics.

Solution considerations
As stated earlier, selecting the most suitable product or solution for a site in order to mitigate a threat from either a vehicle borne improvised explosive device (VBIED) or use of a VAW should normally start by reference to the site specific threat risk assessment which in turn will have informed a site specific operational requirement document. This document will be key to helping identify the performance characteristics that are required from HVM solutions to help negate the previously identified threat(s). PSSA also recommends that any products or solutions selected should match not only the assessed threat but also any realistically anticipated future increase in that threat.

When considering possible solutions, it is important to be clear about the requirement in terms of ‘is it a temporary or a permanent need?’. A temporary solution (e.g. for one off events) is often best resolved by products that are surface mounted thereby saving on potentially expensive foundation requirements. Permanent solutions will normally require foundations in the ground so an understanding of the depths available for equipment foundations is essential (shallow mounted equipment often comes with a premium cost). Understanding how the foundations are to be drained can also be essential to avoid subsequent operational issues and in some instances this may require sump pumps linked to existing drains which can add to the complexity of the solution.

In deciding upon a method of HVM it is also prudent to consider any possible ‘knock on’ effects in case of unintentionally creating an operational problem elsewhere. For example: will the introduction of HVM at a particular point create traffic queuing on to public highways? If so, how do you mitigate this problem (a queue of traffic can, ironically, be an effective barrier in its own right). Frequency of operation is another important consideration as the equipment selected should always be robust enough for your intended use. It has to be available when needed and should be capable of continuous uninterrupted operation at the necessary speed (100 per cent duty cycling) if heavy traffic (general or peak) is anticipated.

As well as considering the functional product performance we suggest also taking into account the immediate environment. Rising bollards for example can be made to have a more sympathetic aesthetic quality when compared to road blockers which give a more emphatic message on access restriction. Understanding the message the equipment will send can lead to a more socially acceptable solution.

Independent testing and standards
The first impact testing standard to be developed, US DoS SD-STD-02.01, was as a consequence of VBIED attacks in 1983 against a US military target in Beirut. This standard was originally published by the Bureau of Diplomatic Security and issued in 1985. It quickly became the international benchmark for impact testing standards - until the UK’s PAS 68 standard was released in 2005. References to the old US standard are still seen in specifications today (K4, K8, K12) even though this has long since been superseded by newer testing protocols on both sides of the Atlantic.

Regardless of which of the above testing standards you encounter in use around the world, it is important to understand that impact testing to a recognised standard is designed to give confidence in a product as it has undergone actual physical testing rather than just being the result of theoretical evaluation. The key to having this confidence results from these tests being independently conducted to a specific standard by a suitably accredited testing organisation rather than just being reliant on the claims of an individual manufacturer.

Independently tested products available
The marketplace for protection measures currently includes a wide selection of powered or manually operated entry point control systems (active barriers) as well as static or fixed barrier solutions (passive barriers). Many of these measures are available as both temporary and permanent solutions and can be conventional foundation mounted, shallow foundation mounted or surface mounted. These give the end-user a wide range of possible solutions covering most eventualities with proven performance against vehicles up to 7,500kg in weight impacting at up to 80km/hour.

The main categories of products that have been developed to counter hostile vehicles are fences, gates, bollards, road blockers, rising arm barriers, street furniture, pedestrian portals and longitudinal barriers. In each of these categories there are today a wide variety of tested products available of varying performance and appearance providing a huge range of options available in order to tackle potential hostile vehicle issues specific to any particular situation. The HVM industry as a whole also continues to develop innovative solutions as it seeks to mitigate not only existing but also future developing threats linked to the use of vehicles in terrorist attacks.

The PSSA is the foremost trade body specifically representing the interests of HVM manufacturers both in the UK and from around the world. It was formed with the specific aim of promoting best practice amongst its many leading industry members, whilst helping to ensure end user confidence in its members, their products and services. 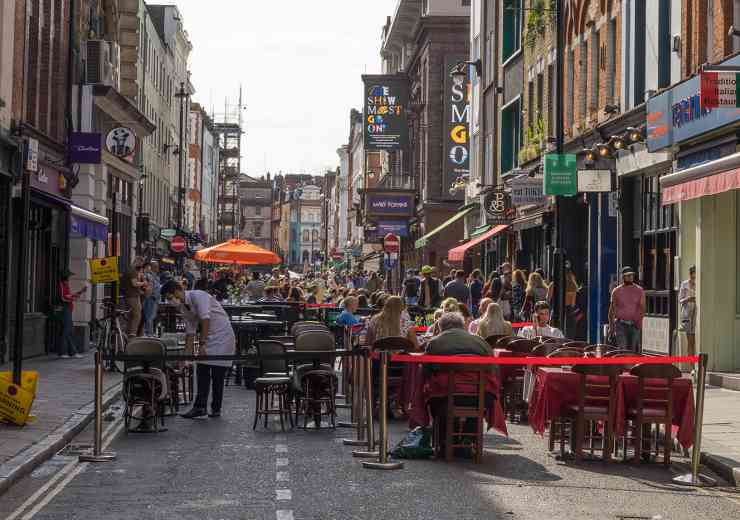 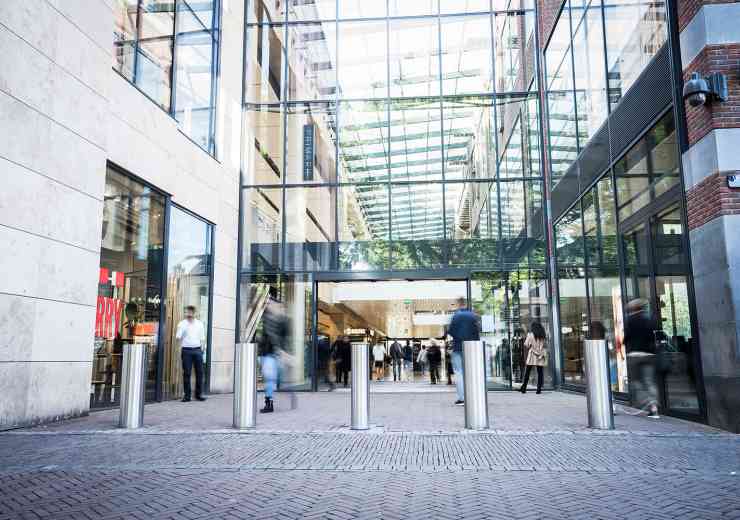 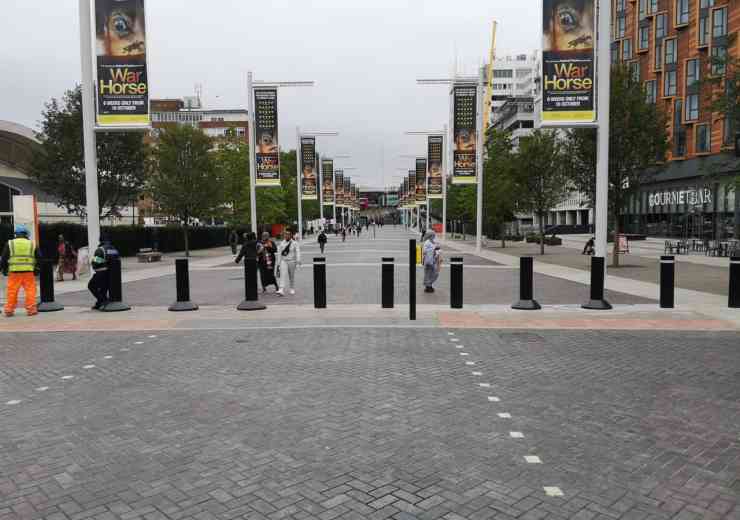 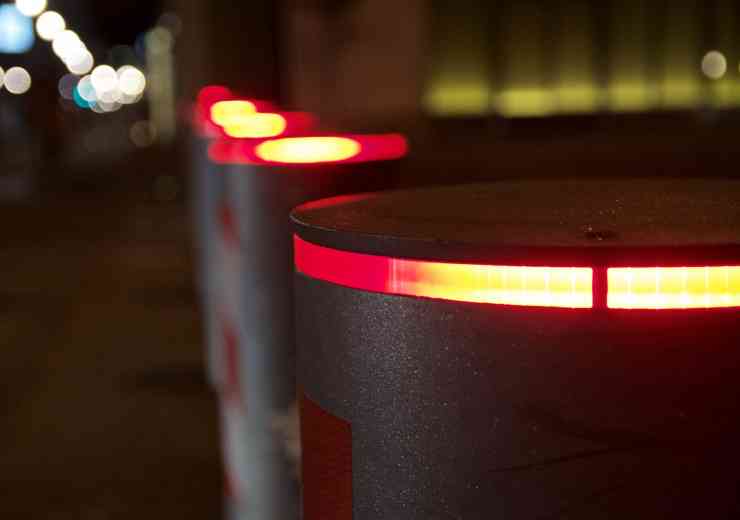 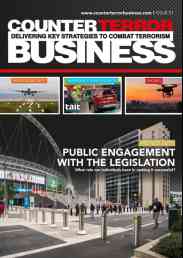