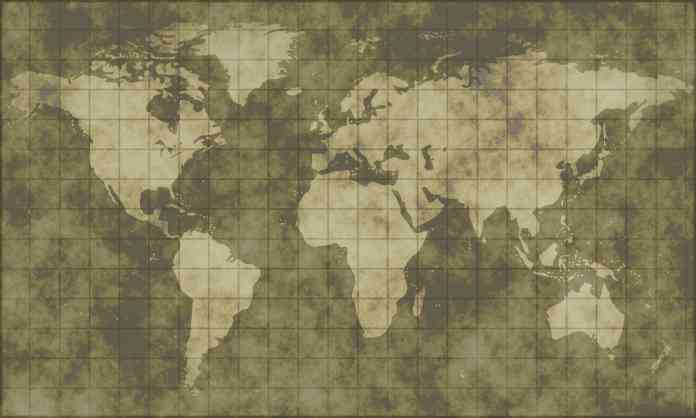 The evolving terror threat in 2021

Covid-19 has accelerated a variety of global trends. Some of these are perhaps ultimately good, for example moves towards more investment in AI and automation, or a growing focus on taking this opportunity to making lasting changes to benefit the environment. Many others are, however, quite concerning. Continued threats to the global order, the likelihood of states testing the resolve of the new US administration, and increasingly polarised populations are all factors that will dominate 2021.

Terrorism, similarly, is a global trend that is experiencing something of a resurgence due to the consequences of the Covid crisis. From 2016, Sibylline’s quantified ASTRA model showed that this was one of the few risk areas that had experienced a fall globally. This was mainly driven by the reduction of Islamic State in Syria and Iraq, the limitations on the previously high-threat al-Qaeda in the Arabian Peninsula, and a fall in activity across North Africa. Although the Sahel, West Africa, Somalia and Afghanistan continued to see jihadist activity, and there were also numerous attention-grabbing attacks in countries such as the UK, US, and across Europe, these did not offset the global decline in the threat posed by the main jihadist organisations.

Despite the declining prominence of international jihadist groups over the last two years, terrorism and associated political violence remains a major concern and we expect this to be exacerbated by a variety of region-specific factors in the year ahead. This upturn in risk trends will be catalysed by the consequences of Covid, with the situation offering substantial opportunities to would-be threat actors. Drivers include increased economic hardship in many countries most impacted by terrorism; international distraction mitigating effective responses to threats; the ability to exploit and benefit from inter-state rivalries, for example Turkey employing former Syrian fighters in Nagorno-Karabakh; and over-stretch of domestic security services. Lockdowns have also given people time to research and radicalise, with societal divisions and stress hardening mindsets.

The close of 2020 has aptly demonstrated the capacity for cultural and religious fault lines to generate tensions, either inadvertently or deliberately, following hostile rhetoric towards France and French interests from leaders in the Muslim world. This arose as a consequence of President Emmanuel Macron’s assertion of the right to freedom of expression in the wake of Islamist terror attacks, but exemplifies the differences in societal values and norms that have the capacity to provoke violence when sensitivities are either misunderstood or ignored. The response both in the form of a public embargo of French goods in Islamic countries and, of concern, violent attacks was swift and highly impactful – showing how serious such issues can be.

This will likely prove a lasting problem. The cultural divisions exposed by Macron’s attempts to crackdown on political Islam in France risk a return to threat levels not seen for several years in Western Europe. The hostility to Islam and lack of respect many otherwise moderate Muslims believe the president has demonstrated risk sparking a surge of lone-wolf attacks against soft targets, which will be extremely difficult to police. Moreover, as Western leaders increasingly feel obliged to defend Macon’s secularist position, they risk their own countries becoming targets in the short term.

This is not to suggest that the kind of sophisticated and consistent attacks coordinated by Islamic State across Turkey and Europe from 2014-16 are set to return in 2021. The once-powerful network has been effectively contained within its primary sphere of operations. In the former ‘Caliphate’, however, IS will continue to threaten Western interests. This is of greatest concern in Iraq, where the political instability of the last year has only fuelled historic concerns among the Sunni community that proved an effective recruiting tool for the militant group and its antecedents over the last decade.

Now, however, militancy in Iraq is once again increasingly driven by Shia factions, whose anti-American sentiment and substantial resources have seen increasing IED and rocket attacks on US interests rise substantially throughout 2020. This is likely to spike in through 2021, as the Iranian leadership seeks to test the resolve of the new US administration ahead of Tehran’s own leadership elections.

It is Africa, though, that has seemingly taken on the mantle of the Middle East as the cradle of jihadism. Endemic government failures have seen long-running insurgencies escalate over 2020 and many now threaten to spread into new theatres. Mozambique has seen the most significant development in militancy over the last year, with the Islamist insurgency in Cabo Delgado threatening to establish territorial control over urban centres and launch more frequent operations into neighbouring Tanzania. While this is not likely to spread fully along the continent’s east coast, networks nonetheless run from north to south, and link into criminal interests. This has long been the trend in the north-west of the continent, where Nigeria and the Sahel countries remain unable to rein in Islamist and tribal militants that have essentially displaced state authorities in rural areas. Levels of activity are increasing and this is drawing attention from Western countries, with military action gradually escalating in an attempt to contain the threat.

Meanwhile, long-running militant violence in South Asia threatens to spike in 2021, especially on the Afghanistan-Pakistan border and in Kashmir. Narendra Modi’s bullish approach to the latter will provoke militant groups to launch new campaigns, with any backlash among Hindu nationalists threatening to the spread of politicised sectarian violence in India more broadly.

Political violence will not be constrained to traditional militancy in the year ahead, however, nor necessarily to developing nations. The increase in right-wing terrorism and political violence has arguably been the greater threat in the US during the Trump presidency and tensions have peaked around the recent election. Despite Biden’s victory, the recent campaign along with the summer’s anti-racial injustice protests and subsequent backlash, have created a febrile environment and mistrust in institutions.This could easily lead to radicalised individuals launching lone-wolf attacks against political opponents or religious targets, which will prove hard to prevent. Meanwhile, the more sophisticated plots by right-wing militias targeting Democrat politicians in response to their imposition of Covid-19 restrictions may continue, spurred on by Trump’s rhetoric. These are much more likely to be intercepted by law enforcement, however, but will nevertheless fuel partisan fears and radicalisation on both left and right.

For business, these challenges will be routine in many jurisdictions and, in the case of far-right extremism in the West, have been rising concerns for the last two years already. Outside of escalating insurgencies in Africa, which will continue to trouble the energy and mining sectors, the step-change in 2021 will emerge from corporate responses to touchstone social issues. Western executives are under pressure to take sides on issues from racial justice to freedom of expression, but in doing so they expose themselves and their companies to retaliation from a diverse range of extremists, from American white nationalists to radical Islamists.

The makings of a perfect storm are therefore present in both Europe and the US, given likely trends. Although the direct impacts are often minimal, the nature of terrorism is such that it has a disproportionate effect on business, and particular sectors face a growing threat. Financial services and technology firms also face an indirect challenge from increasing regulation and demands by lawmakers that they ‘do more’ to help mitigate the use of platforms by increasingly sophisticated threat actors. As the world struggles to recover, these adversaries will seek to take advantage; it behoves us to be ready.

Contributed by Justin Crump, CEO and founder of Sibylline, a British Citizen and based in the UK.