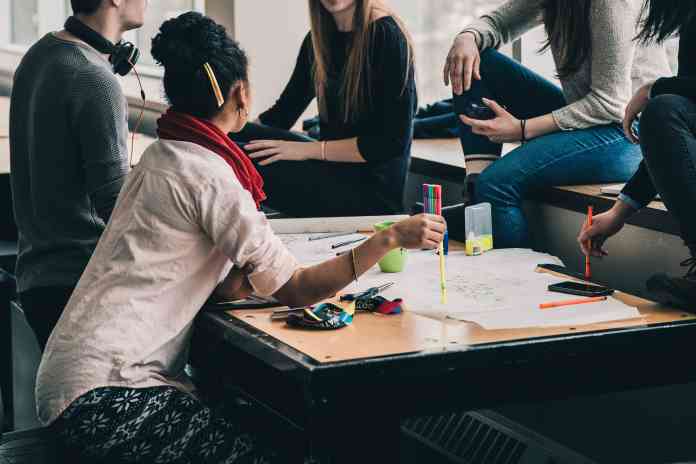 In recent months both Prime Minister Theresa May and Greater Manchester Mayor Andy Burnham have made significant interventions in the debate on counter extremism. In this article, Bob Hindle of Manchester Institute of Education, University of Manchester, explains why a new Prevent strategy is needed, and how that might develop

The UK government’s Prevent duty forms part of its wider CONTEST counter-terrorism strategy. The duty came into force in 2015 and covers schools, colleges, training providers and universities. It requires that staff be trained in preventing young people from being ‘drawn in to terrorism’ and in ‘understanding radicalisation’, developing institutional ‘capabilities’ to challenge this, being ‘aware of what action to take’. Referrals are made to Prevent Co-Ordinators. In schools and colleges, Safeguarding Leads are responsible for aligning procedures to the duty within school systems and collect referrals from staff, making a decision as to whether a case can be dealt with in house or whether the Prevent Co-ordinator needs to be involved.

• Policy must consider wider educational responsibilities such as strengthening community cohesion and the commitment to equality and diversity, utilising the expertise of experienced teachers and safeguarding leads in developing greater consistency and in building the trust of young people.

• It is now the time to consider more closely how we define ‘extremism’ around religious conservatism to avoid inappropriate referrals to Prevent Coordinators and to support teachers in helping to challenge intolerance.

• Any new response must be based around the celebration of increasing diversity, with an acknowledgement that to some such diversity is a threat.

Recent months have seen two major interventions connected to the Prevent duty. First the Mayor of Greater Manchester, Andy Burnham, called to replace the overly ‘top down’ Prevent strategy in the Greater Manchester region, to incorporate ‘people and communities’. Secondly, prime Minister Theresa May talked of ‘too much tolerance of extremism’, calling for a review of how the UK is responding to the threat posed by terrorism. In this context, if the Prevent duty responsibilities are to remain, how might they be reviewed and how best can the threat from violent extremism of all forms be countered through activities in schools and colleges?

Here, I make three interconnected arguments. First, I suggest it is now the time to consider more closely how we define ‘extremism’ around religious conservatism to avoid inappropriate referrals to Prevent Co-ordinators and to support teachers in helping to challenge intolerance. The degree to which we are collectively comfortable with each term will determine uniformity and consistency in any response to Islamist extremism.

Second, we must examine the spike in referrals since the 2017 attacks in Manchester and London. Students must be confident in what they are able to say and do – and to ask questions – within a context of mutual tolerance and respect. Teachers must feel confident, willing and able to respond, through training that seeks to more firmly establish their understandings. Can we realistically expect all teachers to deal with questions about UK foreign policy and the middle east?

Finally, policy must consider wider educational responsibilities such as strengthening community cohesion and the commitment to equality and diversity, utilising the expertise of experienced teachers and safeguarding leads in developing greater consistency and in building the trust of young people.

What is ‘extreme’?
A good first step must be to consider how workable and helpful the current definition of extremism is. The Joint Parliamentary Select Committee on Extremism view this as unwieldy; arguably, it is designed with Islamist extremism in mind and a product of both the aftermath of the brutal murder of Lee Rigby and the ‘muscular liberalism’ evident in David Cameron’s 2011 Munich speech and in Michael Gove’s book Celsius 7/7, with the focus on British values. Meer and Modood (2013) note the policy use of ‘Muslim’ as an identity ‘without any unanimity on Islamic matters’.

Two recent publications on extremist funding widen the debate. The long-awaited Home Office report asks for greater challenge of more isolationist religious interpretations and ‘socially conservative literature’, or ‘an illiberal, bigoted Wahhabi ideology’ in the words of the Henry Jackson Society. Wahhabism stems from Saudi Arabia, a country whom the UK consistently appears aligned to and from where funding for UK mosques dominates in Sunni communities. Perhaps the process of reform begun by Crown Prince Salman might provide scope for optimism, with his spoken policy one to return to ‘moderate Islam’.

Both reports speak of the damage done by groups inspired by such ideology, including Al-Muhajaroun, active on some college and university campuses until proscribed. But there are problems, with little research supporting a conveyor belt between conservatism and violent extremism. The experience of the Trojan Horse schools – where allegations were made of ‘extremist’ groups seeking to take over governing bodies of some Birmingham schools – makes this a messy business.

The Muslim Council of Britain’s response to the Clarke report into the events of Trojan Horse states that ‘it is not for the state to define the theological boundaries of the Islamic faith and to create an approved version of Islam’. This is perhaps the ‘difficult conversation’ both Burnham and May speak of. But they have no ability to stem the cultural and religious flow of Wahhabism unless they speak with the Saudis directly. Such ideology will make its way into schools and colleges in one form or another. A response needs to clearly set out what is merely conservative and what is ‘extreme’, conservatism on its own being an unreliable witness. This requires the involvement of a broad church of religious scholars, teachers and academics.

Why so many referrals?
It is necessary to look at the reasons behind the spike in referrals and ask are schools and colleges identifying a greater number of concerns? In his recent book, Hanif Qadir notes the importance of strong relationships between teachers and students as a means of tackling extremism. He details a number of case studies referred to Prevent where young people in school and college who went on to be radicalised first began by asking questions of teachers- about Israel/Palestine and Iraq- that went unanswered. They then went on to find these online from ISIS material and was picked up by recruiters. Should we be expecting teachers of maths, chemistry and economics to be able to answer these? If so, how are we equipping them with the skills to do so?

I’ve previously blogged for Policy@Manchester about a ‘when in doubt refer’ safeguarding culture, built around staff protecting themselves, and a ‘fear of Ofsted’ (in the case of missed referrals and a downgrade to ‘inadequate’). A recent report, from academics at Coventry University, suggested schools and colleges have embedded Prevent within their activities. It also found that referrals are being made which may well have been dealt with previously as pastoral or disciplinary issues. The study found that although Prevent may seek to identify wider forms of extremism beyond Islamism, this wasn’t born out in school/college practice.

This also underlined a point from my own research which suggests less experienced staff, with more limited case expertise in safeguarding, pastoral work and an understanding of local communities and cultural and religious practice, may be more likely to refer. More experienced Safeguarding Leads are likely to ‘localise’ a response and deal with them through internal school and college systems, as well as at Local Safeguarding Children Boards and with wider local services. We must use their expertise and experience to support colleagues in wider institutions if referrals are to be appropriate and consistent, involving them in local Prevent and Channel Panels. The key to effective safeguarding is to put the interests of the young person first.

Promoting cultural and religious awareness
My third argument is that developing the confidence of Black Minority Ethnic (BME) students is critical, answering some concerns that Prevent is not for them. These are young people for whom it is vital to include to help sell the case to those who feel threatened by this diversity itself.

A recent Department for Education report suggests BME teaching staff are under-represented in schools in Manchester and elsewhere. The DfE setting and meeting challenging diversity targets would be a start. Is this itself not a threat to community cohesion and common understandings?

Until 2008, the promotion of equality and diversity was a ‘limiting grade’ in an Ofsted inspection, a minimum expected level reached before an institution could be rated ‘good’ or ‘outstanding’. Whilst Ofsted have a responsibility to report on an institution’s compliance with the Equality Act [2010], this is a time to make it a higher profile responsibility and to promote cultural and religious awareness training in institutions to underpin staff understandings. Such training is required to dispel misconceptions and fears and to build confidence amongst teachers involved in any referrals, and avoid embarassing media cases. A recent paper from academics at Edge Hill University found that trainee teachers ‘unable and unprepared’ to deal with issues of Britishness, concluding ‘it is likely that the majority of student teachers will struggle to develop a sense of belonging among some BME pupils that engenders feelings of pride and loyalty in being, say a British Muslim, a British Sikh, or a British Hindu’.

To support the ability of schools to answer student questions, the focus needs to move away from just themed ‘diversity days’ into global dimensions within curricular; and beyond mere ‘British Values’ into community projects and inter-school practice. Professor Ted Cantle reviewed the causes of the riots in northern towns in 2001 and led the Institute of Community Cohesion. His review of community cohesion initiatives notes the value of ‘encouraging positive relationships’ around ‘real life issues’ rather than fostering civic values. In his study, improving socio-economic prospects is important, alongside work with groups especially vulnerable to disengagement and support for new arrivals. The RadEqual campaign in Greater Manchester has made a good start at using funding to build cross-city initiatives.

Towards a new strategy
So any new strategy must start at foreign policy level and tackle the causes of religious intolerance. Dump Gove and any suggestion of a Manichean world view through a review of ‘extremism’ and ‘conservatism’ to develop consistency in what we are safeguarding from. Any new response must also be curricular and be based around the celebration of increasing diversity, with an acknowledgement that to some such diversity is a threat.

Therefore there is a need to: introduce curricular initiatives in schools and colleges that seek to encourage commonality and acknowledge the barriers of context and difference; add to the capacity of Prevent Co-ordinators through use of the expertise of experienced teachers and safeguarding leads, encouraging discussion of cases and best practice across institutions; build up a bank of shared teaching resources, with accompanying training for new and early career staff in schools and colleges- their diversity must represent the communities they serve; train staff to ensure there are those confident in dealing with key questions about world events; and avoid embarrassing media cases.

In all, build the trust of young people that they are being listened to as part of the solution.

This is an edited version of a blog that appeared on Policy@Manchester in October 2017.