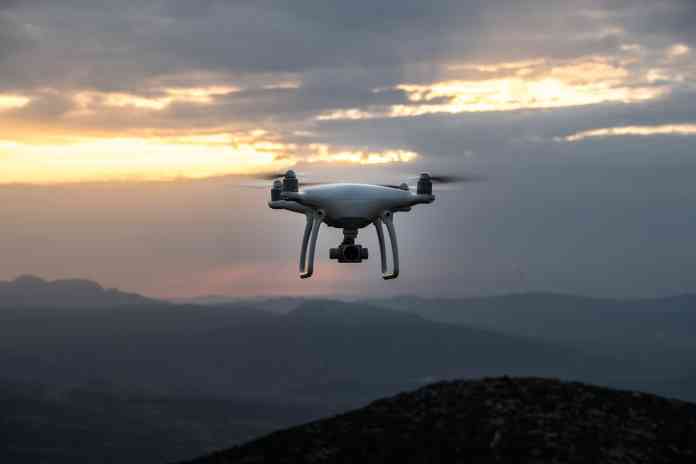 Dr James Rogers, associate lecturer in International Politics at the University of York, tracks the emerging threat posed by weaponised drones and examines some of the novel ways in which these threats are being countered

The use of drones is widespread. Once the sole province of the state, they are now utilised by an increasing circle of sub-state groups. Weaponised drones, in their various forms, have spread to over sixteen state actors and multiple terrorist and criminal organisations. The use of a weaponised drone is now open to anyone who can turn an off the shelf quadcopter into an airborne improvised explosive device (IED).

Traditionally, armed drones have been the preserve of the nation state alone. The US military’s ‘iconic’ Predator and Reaper drones dominated lethal remote warfare. As the IED attacks increased in Afghanistan and Iraq, and the coalition casualties rose, it was these armed unmanned aerial systems that became seen as both a panacea to the human costs of war, and the ‘poster boys’ for a new and improved form of warfare. Yet it was not just about the wars in Iraq and Afghanistan, their utility went much further. Long-range data transmission, innovative computation technology, advanced video relay, and high-tech guided missiles, allowed the US to deploy force globally, yet without any risk to allied military lives.

One purported benefit was that drones also decreased the risk to civilians through precision strikes. ‘Precision’ became a buzzword, especially during the Obama administration (2008-2016). The argument was that the ‘pin-point’ precision missiles fired by armed drones allowed for the ‘bad guys’ on the ground to be hit, whilst innocent bystanders were apparently spared. These claims were highly controversial and disputed by a range of commentators. Yet, whatever the concerns over so called collateral damage, the precision strike capability of the drone was hailed by the president as being ‘part of a just war, a war waged proportionately’. Armed drones and their precision strikes were, therefore, deemed to be a virtuous addition to modern conflict. Yet just as President Obama celebrated the precision nature of armed drones and the ability to target and execute a range of enemies seemingly without costs or ‘blowback’, the ability of the ‘enemy’ to adapt and innovate in the use of drones is proving to be a new part of the drone story.

Non-traditional drone threats
As the number of actors who possess weaponised drones grows, the multitude of nefarious way to deploy such systems has also expanded. Non-state actors, including criminal gangs and terror organisations, have acquired relatively sophisticated drone technologies. Civilians, aid workers, and various military personnel, are now actually the potential victims of drones operated by a range of groups and indeed individuals.

Western military personnel have already fallen victim to these ‘improvised precision strikes’. The ISIS use of drones against US troops in Syria (June, 2017) is but one example. US Special Operations Forces deployed around Raqqa have come under continued attack by small, hard to spot, weaponised drone systems. Armed with small mortar rounds or shells, and sometime HD quality live video streaming, ISIS are able to release munitions with considerable accuracy. Videos of these strikes have been posted on YouTube by ISIS to promote their new capabilities. This is not the only evidence of this type of activity.

One striking case comes from the use of a so-called Trojan Horse weaponised drone. Deployed by ISIS last year for use against Kurdish military personnel and French special forces, the aim was to deliberately allow for the drone to be shot down, taken away for inspection, and then to detonate when examined. The plan worked. The resulting explosion cost the lives of two Kurdish fighters and caused injury to two French military personnel. This is important turn. Whereas drones once allowed a state military or intelligence agency to strike down suspected terrorists, these same terrorists are now using armed drones to deploy their own form of deadly precision against the forces of the state. This is just one part of a broader global trend. Military personnel are not the only target.

Since the 1990s we have witnessed attacks on aid workers in a variety of guises not least as hostages for ransom, but in Iraq ISIS has explicitly targeted aid workers with modified commercial drones carrying 40mm rifle grenades. In Brazil, drug cartels have waged drone ‘dog fights’ against each other in the skies above cities. In Japan, a so-called ‘radioactive drone’ – that is a quadcopter carrying a vessel of radioactive liquid – was flown up onto the roof of the Japanese Prime Minister’s residence. It sat here radiating for up to a month. In Washington D.C. the Secret Service arrested one man who was trying to fly a drone over the fence around the White House and questioned yet another who actually crashed a drone on the White House lawn in the middle of the night. Although in both cases the drones were unarmed, these breaches of security highlight the risks posed by drone systems and the difficultly in countering attacks. The threat posed by weaponised drones is increasing. As Nicholas Rasmussen, US National Counterterrorism Center Chief, clearly stated to US Senators just last month, drones are ‘a real problem’.

Countering weaponised drones
So, can such a threat be countered? The answer is that there is no single ‘quick fix’. It may seem simple. Why not just shoot down the drones? Shotguns or modified anti-missile systems could, in some cases, provide a sufficient countering capability. Yet, unfortunately it’s not that easy. As the case of the Trojan Horse drone demonstrated, sometimes terrorists want a drone to be shot down. For example, if a drone were packed with a noxious gas or hazardous powder, it would be preferable for the system to be destroyed in mid-air, or forced to crash to the ground. So there are no quick fixes, but more considered options are being developed.

Governments and arms companies have invested in a vast array of experimental techniques for dealing with the drone threat. These have included the rudimental use of certain animals to assist in countering drones, but also the deployment of some systems that would not seem out of place in an episode of Star-Trek. In the former category, for example, drone hunting eagles have been used in France to patrol the skies at major events as a means to combat what the L'armée de l'air considers ‘a credible threat’ from so called ‘terror drones’. The positive scenario here is that the eagles can track, grab, and descend with the drones, meaning that they will be less likely to fall on to crowds below. The negative feature, however, is that if terrorists were to use weaponised drones in swarms – say for example ten or twenty drones launched simultaneously – the small number of eagles currently available for the counter drone tasks would be quickly overwhelmed.

A not dissimilar problem is found with the Japanese attempt to use drones carrying nets to capture other drones. The Tokyo Police have developed a fleet of single net wielding drones that can be used in a so called ‘drone denial’ capacity against suspicious airborne systems. Yet, once again, if faced with a high number of offensive drones, these systems may quickly become overwhelmed. Other, more high-tech options are available, yet they also need to be operated with caveats.

The US Air Force is in the process of developing a laser and microwave-based system that uses direct energy beams to rapidly destroy single or multiple weaponised drones. Other laser systems, such as the US Navy’s ‘Ground-Based Air Defense Directed Energy On-the-Move’ will be fitted to armoured vehicles and used to destroy incoming small drones whilst still advancing towards the enemy. In both of these cases there are positives and negatives to the counter drone systems. Although potentially useful in zones of combat to rapidly remove multiple threats, if used in a civilian/public space, these anti-drone systems would be subject to the same pitfalls as merely shooting the drone from the sky. With no control over how to dispose of the drone, or where the drone lands, these systems could allow terrorists to adapt and deploy more weaponised drones that are intended to fall to the ground.

One system which seeks to remedy this issue, however, is the ‘drone force field’. Straight out of a sci-fi film, the anti-drone force fields (such as the Sky Fence) are made up of a number of signal disruptors placed around a high-value location. The Sky Fence can offer a 600-meter-high electronic barrier to stop drones entering the area. These systems will likely need to be accompanied by nets to ensure that the drones do not simply fall from the sky and hit the ground. In addition, they will need to be frequently updated to ensure those developing weaponised drone have not developed their own system to counter the electronic barrier. This being said, however, the force fields are considered to be a positive addition to the anti-drone arsenal; especially when used in conjunction with a number of the other systems that have been outlined above.

Finally, one system worth mentioning – if only to highlight another sci-fi inspired system – is the ‘tractor beam’ anti-drone rifle. Aptly named the Drone Gun, this system uses 2.4 and 5.8 GHz frequencies to take control of drones up to two kilometres away. The utility here, compared to other anti-drone systems, is that this ‘gun’ allows anti-drone operatives to take control of a weaponised drone and render its previous pilot impotent by removing visual and motor control of the system. As such, the anti-drone operative can then direct the drone into a safe area away from vulnerable targets. As the system manufacturer states on their website, ‘it allows for a controlled management of drone payload’.

Overall, therefore, there is no quick-fix and no single system that can counter the full spectrum of threats posed by weaponised drones. Yet, as the anti-drone devices highlighted above show, some promising technology is being developed. As such, when used in partnership with each other the current weaponised drone threat will likely be kept at bay- at least for now or until the next generation of weaponised drones come our way. 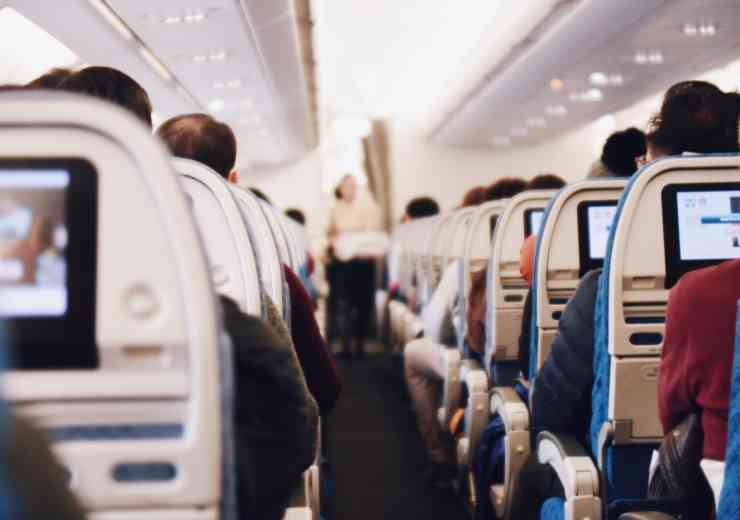 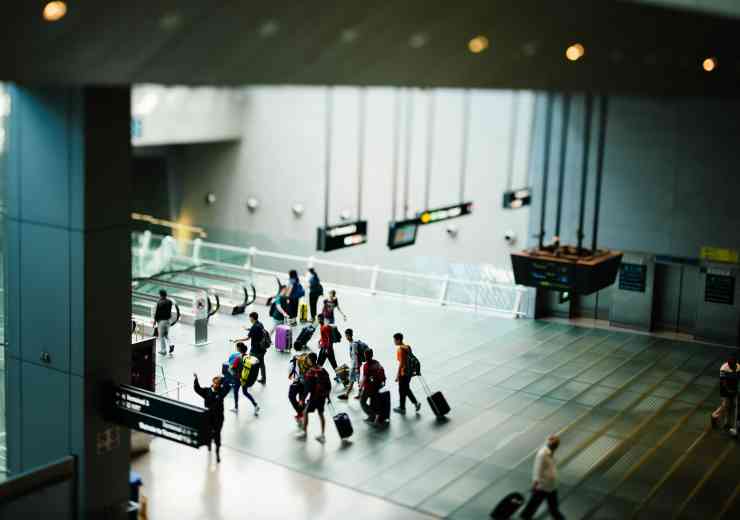 CTB Q&A: Pool Re and security in the aviation industry 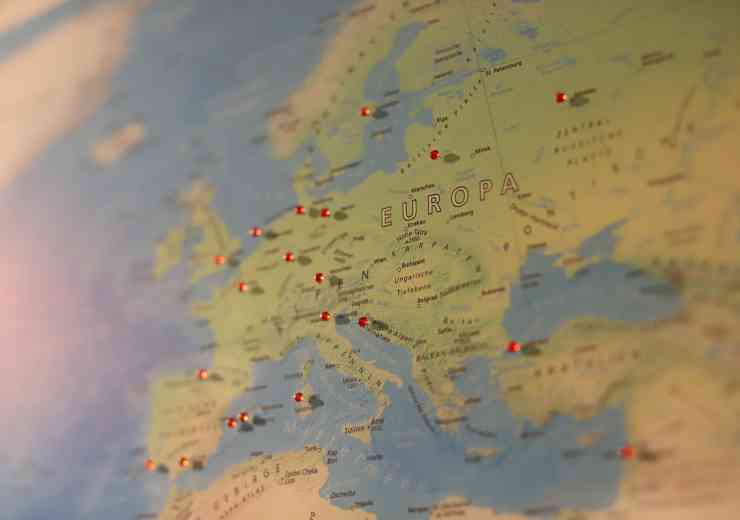