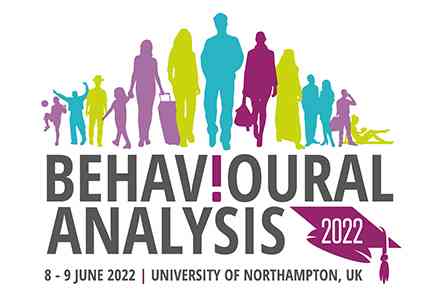 Despite the fact that we ask the general public to “see something, say something” and to report suspicious behaviour and unattended bags, there is a reluctance by many to truly embrace behavioural analysis as an effective screening process. There has been an unhealthy over-reliance on technology and excessive concern about subjective profiling.

The reality is that every security agency in the world differentiates based on the perceived threat an individual poses. The security services identify terrorist plots because they focus their attention on persons or groups of concern rather than keeping every citizen under surveillance; customs and immigration agents screening passengers arriving from overseas do not search everybody the same way, yet identify wrongdoers because of their targeted approach; and, those securing tourist attractions, sports stadia and entertainment complexes all understand the profiles of those who could cause disruption.

The Behavioural Analysis series of conferences was launched by Green Light back in 2018 when 136 security professionals and academics gathered at Cardiff’s Principality Stadium, the home of the Welsh Rugby Union, for a two-day event. A year later, at the invitation of Mall of America (whose security team had attended the Cardiff conference), 141 participants met in the USA and then, following the commencement of the coronavirus pandemic, the 2020 live event was transformed into an online conference which 211 tuned in to. As the restrictions on travel are lifting, Green Light has seized the opportunity to bring interested parties together again – this time in the academic setting of the University of Northampton on 8 and 9 June 2022.

The university campus setting demonstrates the link between the conference material – academic presentations and case studies of industry best practice – and the goals of the event. The Behavioural Analysis series exists in order to provide security professionals with a greater understanding of the science behind the approach and, ultimately, proof of concept.

At each iteration of the event, delegates have heard from those who have implemented effective behavioural analysis programmes. In the past, hotel chains, sports stadiums, casinos, places of worship, airports, shopping malls and even the Eurovision Song Contest have shared their experiences. Those gathering this year in Northampton will hear presentations from different police forces – including the Guardia Civil, who perform passenger screening duties at Spanish airports; the British Transport Police, which implements a programme specifically designed to address the issue of violence against, and harassment of, women and girls on the UK’s rail networks; and, the Royal Canadian Mounted Police (RCMP), which will be providing a drug interdiction perspective.

The organisers have always been keen to ensure that those who have themselves intercepted those with negative intent can share their experiences. And this year, delegates will hear the personal account of a door supervisor, Avi Tabib, who, on 30 April 2003, undoubtedly saved the lives of many people enjoying an evening out at Mike’s Place bar in Tel Aviv by identifying and then physically engaging with a suicide bomber hellbent of perpetrating an act of mass murder. The bomber did detonate his device and Avi was very seriously injured, but we are blessed that he survived and can demonstrate that sometimes one has to act and that simply reporting concerns is not always the correct course of action.

Arguably, that’s what should have happened in May 2017 when a suicide bomber attacked the Manchester Arena at the end of an Ariana Grande concert; 22 people were to lose their lives, despite the fact that the bomber had been identified as a possible threat well before he detonated his device. Not only had security guards discussed him, but a member of the public had been sufficiently concerned that he even questioned the bomber himself. The attack demonstrated that venues need to do far more to protect the lives of their guests and staff and it was Figen Murray, whose son Martyn Hett was killed in the attack, who took on the challenge to ensure that they did. Her Martyn’s Law campaign is set to bring about the necessary change in legislation.

In January 2022, the UK government published its response to the Protect Duty public consultation, and legislation is being drafted to ensure that venues carry out proper risk assessments, ensure adequate training, implement effective protective security measures and develop robust plans as to how they would manage or respond to an actual terrorist attack. Figen Murray OBE will be presenting a keynote address at Behavioural Analysis 2022.

Project Vigilant, first piloted by Thames Valley Police, is an initiative that uses a combination of uniformed and plain-clothed officers to carry out patrols in areas outside night clubs, bars and pubs, to identify people who may be displaying signs of predatory behaviour, such as sexual harassment, inappropriate touching and loitering. Lee Davies, previously a Detective Chief Inspector with Essex Police, was responsible for managing a multi-force operational response to high-risk organised crime groups, targeting firearms manufacture and supply, human trafficking, modern slavery, drug importation and supply and crimes in action. His presentation at Behavioural Analysis 2022 will draw together the way in which behavioural analysis has helped tackle these criminal activities and will drill down on his more recent consultancy role with Project Vigilant which is very much based on behavioural analysis. Furthermore, in respect of the night time industries, the figurehead for the sector – Michael Kill, the CEO of the Night Time Industries Association and the Chairperson of the UK Door Security Association - will provide the voice of the industry’s stakeholders and considers how behaviour detection techniques address their security concerns now and what we need to consider in respect of the sector’s plans for growth and diversification in the future.

Behavioural Analysis 2022 might be taking place as we emerge from pandemic-generated restrictions and learn to live with the virus but, no sooner has one challenge started to diminish, another, more sinister one, has emerged – Russia’s invasion of Ukraine. Whilst this conference focuses on identifying threats in crowded places, within the workplace and at venues where the general public gather, we cannot ignore the broader geopolitical landscape. With this in mind, the opening address is from criminologist and author of the book Terrorist Minds Dr. Sagit Yehoshua. In a presentation entitled, Zelensky, Putin & Johnson: the good, the bad and the…profiling perspective, she will share with delegates her profiles of Volodymyr Zelensky, Vladimir Putin and, as the conference takes place in the UK, Boris Johnson, specifically focussing on what behavioural indicators there were for their current actions.

The crux of the conference will, however, address the science behind behavioural analysis techniques. Presenters include Abbie Maroño, a lecturer in psychology at the University of Northampton, and director of BRINC, who will be exploring lower body indicators of stress. Although lower body movements and gestures are highly communicative, they are often overlooked. Given that displays of the lower body are ‘less contaminated’ by social and cultural restriction, and less likely to be monitored by the observer, they may be more accurate indicators of one’s internal state. Abbie Maroño, will discuss how to train professionals, particularly those in a clinical or forensic setting, to recognise valuable nonverbal cues of emotional distress in the lower body in an unobtrusive way.

Dr David Keatley, Associate Professor in Criminology from Australia’s Murdoch University will be presenting on timeline analyses. His presentation will examine research into threat detection related to criminal cases. Using timeline analyses (e.g., behaviour sequence analysis, indicator waves, crime script analysis), his presentation will outline how this work has helped with early threat detection whilst also assisting with cold case (including the 1965 bombing of Canadian Pacific Air Lines flight 21 - being one of the largest unsolved mass murders in Canadian history) reviews and major crimes investigations.

From Luxembourg, Angelique Laenen, a psychologist with the Court of Justice of the European Union, will explore indicators as to when verbal aggression might become physical. And, from Holland, An Gaiser, Senior Manager Forensic Integrity & Compliance with KPMG Nederland, will be busting the myths surrounding behaviour detection. Those passionate about profiling may well have watched the TV series Lie To Me and many are convinced that we can identify liars through an analysis of nonverbals. The real world is a little different!

Microexpressions do exist but most of the current academic research indicates that the interpretation of them is being used, incorrectly and potentially dangerously, to indicate guilt. The reality is that microexpressions, which are highly unlikely to be identified in a crowded environment or at a fleeting glance, are simply indicators of stress. Potential guilt or negative intent can only be determined by implementing investigative interviewing techniques. Likewise, neurolinguistic programming is also being peddled as a means to indicate the construction of lies; rigorous academic research, such as that conducted by the University of Amsterdam, debunks this. An will also be demonstrating how academic research can positively influence workplace compliance issues and threat identification; the insider threat is, after all, a major concern.

In this vein, there will also be a presentation entitled Keep the Red Flags Flying. Mathias Reveraert, a researcher at Belgium’s Universiteit Antwerpen, will discuss the results of research into insider threat identification where the goal was to discover potential ‘red flags’ that could point to an imminent insider threat incident. The study employed the Delphi Technique to compare and contrast the opinions of insider threat experts on insider threat mitigation. The presentation will include an overview of the different phases of insider threat development and will specifically drill down on the red flags/good practices that were determined to be priorities for identification.

Whilst Green Light is itself a provider of behavioural analysis consultancy and training, Behavioural Analysis is not a sales pitch for the company’s own services. Indeed, the company does not even present itself and welcomes its competitors as participants and presenters. The aim, after all, is to ensure a broader acceptance of behavioural analysis as an effective screening tool and provide proof of concept. Whilst often deemed to be a swear word, there’s nothing wrong with profiling!

To register for Behavioural Analysis 2022, please visit the website.

Readers of Counter Terror Business are eligible for a 15% discount, simply enter the code CTB15 during checkout.